The Report is written and directed by Scott Z. Burns and stars Adam Driver, Annette Bening, Jon Hamm, Jennifer Morrison, Tim Blake Nelson, Ben McKenzie, Matthew Rhys, Ted Levine, and Michael C. Hall. It tells the true story of Senate staffer Daniel Jones, who is assigned the daunting task of leading an investigation into the CIA’s Detention and Interrogation Program. After analyzing extensive evidence, he learns about their ‘enhanced interrogation techniques’—proven to be brutal, immoral, and ineffective—that the CIA adopted after 9/11. When Jones and the Senate Intelligence Committee attempt to release the results from his investigation, however, the CIA and White House go to great lengths to prevent the truth from getting out. Next in our series of Sundance Film Festival reviews is The Report, a gripping political drama boasting strong direction and bold performances across the board.

Scott Z. Burns holds quite a respectable and strong body of work as a screenwriter, and he carries all that skill into the director’s chair. He has a very strong grasp on the material and is able to make a seemingly very boring process seem interesting and exciting. Burns crafts a very interesting political thriller here, and does a great job making the information easy to digest. I can’t speak to how historically accurate it all is, but he sure makes an entertaining film. You as a viewer, become like Daniel Jones, and grow obsessed with the truth of the situation, and watching that obsession grow was a delight.

All the acting is great. Adam Driver delivers another expectedly wonderful performance, showcasing a wide range of emotion and intensity. He commands the scene and has some really great moments here. Annette Bening is also fantastic here, and while brief, delivers a great performance. Jon Hamm might be my favorite performance here. He plays a very interesting character and while it may be a bit reminiscent of Don Draper, it’s clearly a role he can play wonderfully. This is a film where tons of familiar faces show up throughout, and in The Report, it never grows distracting and often adds a great deal to the film. All in all the cast does a great job.

On a technical level, The Report is a bit average. The editing is sharp and precise, but the cinematography is fairly basic and what’d you expect from a political thriller. The score, while standard, is effective and helps immerse you in the scene. Nothing particularly stands out on a technical level, but that’s not really what you’re watching this for. The Report is a movie to see for its engrossing and engaging story, propelled even further by its fantastic performances. 4/5 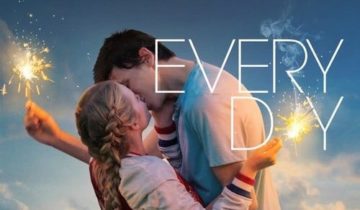