The Sundance Film Festival often brings out the best of what independent filmmaking has to offer. Anyone from across the world can submit their films to the festival, no matter how big or small. Superior is one of those films where the small budget and scale of it all just adds to the already irresistible charm it inhabits. Shot on grainy 16mm film, it follows Marian (Alessandra Mesa) returns to her home in upstate New York to hide out with her identical twin sister Vivian (Anamari Mesa) from her dark past. While the two reconnect, they begin to unravel what drove them apart and what’s going on in their lives that is currently bringing them back together.

Erin Vassilopoulos steps behind the camera for her first feature-debut, which serves as something of a sequel/spin-off to a short film she directed by the same name. Despite this being her first full-length feature, it’s evident that she is entirely at home behind the camera. The way she moves the camera is absolutely intoxicating in the best way; the best way I could describe her style is reminiscent of that of Brian DePalma and classics of foreign cinema, but also is entirely her own thing. She establishes her voice in film from the moment the film begins and doesn’t let up in twisting her own narrative and style until the final frame. 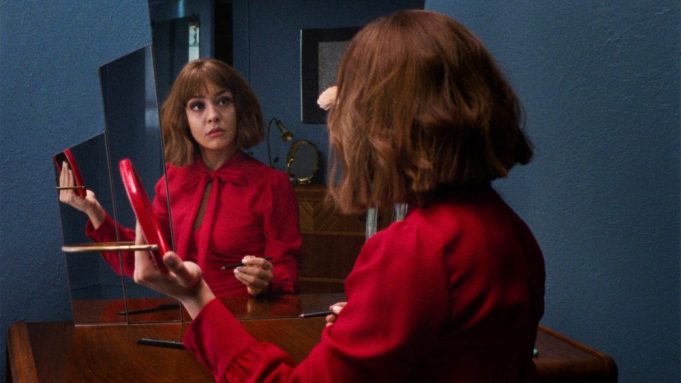 Another incredibly strong element to the film is the performances by both the Mesa sisters. A film about two twins, where the driving force of the plot is their estranged relationship and how much you care about it, is entirely dependent on not only their performances being individually good but also how well they act alongside each other. I found both of them to be equally fantastic, and they obviously work dynamite with one another. They have such an intriguing dynamic from the moment they come on screen together, and I was fully invested in both of their hardships and aspirations from start to finish.

The major complaint that I’ve seen for this film from fellow friends and colleagues of mine is that it is rather uneventful. If you’re going into it expecting a non-stop thriller or something of a horror film, you’ll definitely be disappointed. But for someone like me, who appreciates intricate and visually stylish character studies with weird undertones underneath the surface – I absolutely loved it. Sure, there could’ve been some trimming to the runtime and some elements of the script could’ve been slightly better, but I was fully engaged and invested in the story and characters from start to finish. I really didn’t want to leave this world, but it satisfied me enough by the time the credits rolled. An absolutely wonderful time, in my eyes.