Good Luck to You, Leo Grande follows the story of Nancy Stokes (Emma Thompson) who is both a retired schoolteacher and a widow. She doesn’t think she’s every had truly good sex in her life – so she makes it a mission to finally, after many years, explore her sexual desires. So – she rents a hotel room and hires a young sex-worker who goes by the name Leo Grande (Daryl McCormack).

Leo is the complete opposite of Nancy. Not only just in terms of age, appearance, and background – but where Nancy is shy and a bit inexperienced with sex despite her age, Leo quite literally pleasures people for a living and is somehow both transactional about it but also incredibly warm, inviting, and charming to each person he comes across. He doesn’t feel objectified when asked to do these things for people, but he also doesn’t judge them or look at it as void of emotion and care.

One of the very best things about this movie is exactly what it entirely relies on – which is the chemistry and relationship between its two leads. Emma Thompson turns in a performance unlike anything you’ve seen her do before, but gives a very soft edge to a woman who simply wants to enjoy her life. Daryl McCormack, who I don’t think I’ve seen before, gives an absolutely tremendous and charming performance that truly blew me away. Together, they have absolutely delightful chemistry with one another.

The film is primarily set to a handful of different sequences and about three different locations. It is a very small-scale film, and yet, the intimacy just adds to the warmness and quirkiness of the entire thing. There’s a beautiful message about self-exploration, self-love and individuality at the core of the film – but it’s also very funny and extremely entertaining to watch. It’s an absolutely lovely film. 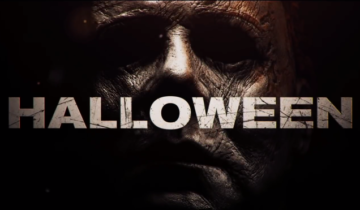