Katia and Maurice Krafft loved two things more than anything else on the planet – each other and volcanoes. Fire of Love documents the two-decades long romance between the Krafft’s, two daring french volcanologists who were obsessed with not only the thrill of being so close to volcanoes for a living but also the beauty that they held within them. Throughout their two-decades of work, they documented some truly unbelievable up-close footage and got genuine insight into their inner-workings.

Sara Dosa, director of the film, does a tremendous job at not only unpacking all the archival footage that was left from the Krafft’s, but being able to turn it into a narrative of its own tune. What could’ve simply been an archival documentary that simply told the story of all of the epic adventures that Katia and Maurice went on together, it goes for a different approach – it decides to tell the love story between the two of them with the volcanoes and their research as a backdrop to it all. 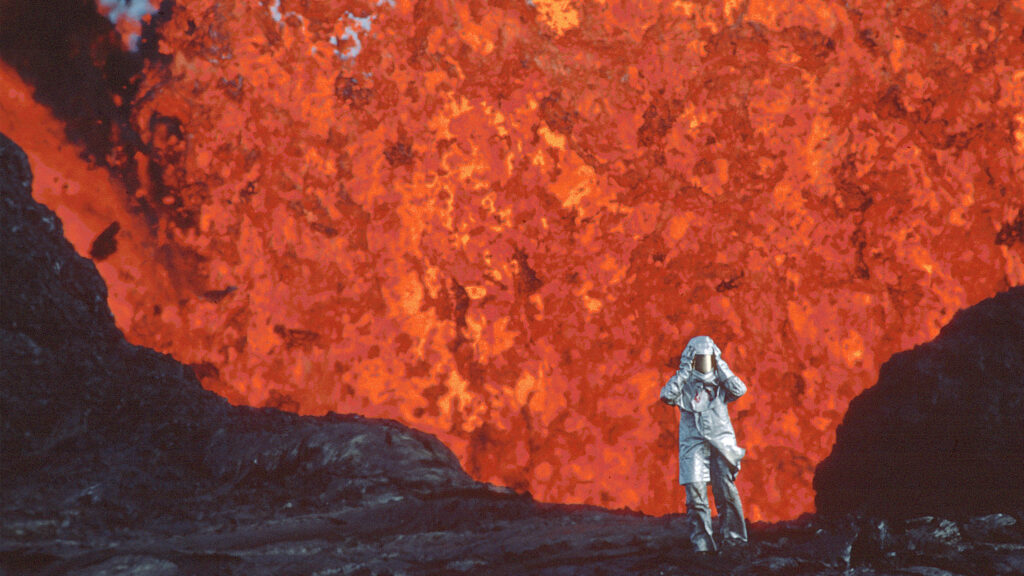 The style of the film is also immensely impressive. It almost feels Wes Anderson-inspired at times with cutesy narration and clean-cut editing that feels very aesthetically pleasing. The way that Sara Dosa finds the balance between telling her own story about the couple and framing it in a romantic/hightened way is tremendously balanced with simply telling the true story of these two brave souls.

It’s incredible how much volcano footage they had and that is only now seeing the light of day now. There is one sequence in particular, that is in the image that I used above, where the volcano footage is so amazing I had to go rewind and rewatch the scene a few times over. Fire of Love is both an insightful look into volcanology and also a very intimate and real love story.

SUNDANCE REVIEW - "Honk for Jesus, Save Your Soul"