After a franchise-melding sequel, the First Class trilogy refocuses on forgotten characters while establishing the origins of more familiar ones in X-Men: Apocalypse.

Considering X-Men: First Class was set in the 60s and X-Men: Days of Future Past the 70s, the years have been good on the mutants of the X-Men universe as they enter the totally 80s. Picking up several years after the events of Days of Future Past, most of the original team is scattered – either aiding persecuted mutants from the shadows or trying to live quiet lives while posing as human. Yet while Xavier’s School for Gifted Youngsters thrives as it welcomes and cultivates new recruits, an ancient threat is awakened that could destroy the… blah, blah, blah, you know the drill.

The current X-Men films are playing catch-up to the original X-Men trilogy – which somewhat limits its creative freedom. However, X-Men: Apocalypse succeeds by introducing younger versions of established characters that both serves as a bridge between the two franchises and helps to fine-tune the X-Men universe as a whole.

After Charles Xavier (James McAvoy) learns of the coming of Apocalypse (Oscar Isaac) – an ancient and immortal mutant has been amassing the powers of countless other mutants – he’s captured, leaving old friend Mystique (Jennifer Lawrence) with the task of training and leading a team of young X-Men to combat Apocalypse and his four horsemen: Storm (Alexandra Shipp), Psylocke (Olivia Munn), Angel (Ben Hardy), and Magneto (Michael Fassbender). The X-Men – Beast (Nicholas Hoult), Cyclops (Tye Sheridan), Jean Grey (Sophie Turner), Nightcrawler (Kodi Smit-McPhee), Jubilee (Lana Condor), and Quicksilver (Evan Peters) – are all that stands between the world and a new world order lead by the villainous and power hungry Apocalypse.

As teens coming to terms with their abilities and their lack of control over them, newcomers Sheridan, Turner & Smit-McPhee (as young Scott Summers/Cyclops, Jean Grey and Nightcrawler, respectively) are fantastic as outsiders forced to step up and become the leaders they are destined to be when those around them fall.

Even DOFP scene-stealer Quicksilver (Peters) returns and steals a few more with an increased role and a more fleshed-out purpose this lap.

Several relationships from First Class are refocused in Apocalypse. We are treated to the welcomed return of CIA operative, Moira MacTaggert (Byrne), whose romantic chemistry with Xavier is reignited after her memories were wiped at the end of the first film. Once again, Charles “Professor X” Xavier (McAvoy) and Erik “Magneto” Lehnsherr (Fassbender) are at opposite ends of the moral spectrum, but their loyal friendship is supported by well-placed flashbacks to First Class. After three films, however; the relationship between the two “frenemies” as been well covered and perhaps it’s time for McAvoy and Fassbender to move into advisory supporting roles as the X-Men take center stage.

Perhaps suffering from franchise-fatigue, Jennifer Lawrence, sadly, brings no added spark to her scenes as anti-hero turned reluctant leader, Mystique. Even the moments shared with once-implied love-interest Beast (Hoult) fall flat. She simply goes through the motions, as does Oscar Issac as the titular villain, Apocalypse. Unfortunately, both Issac and Lawrence’s tremendous talent is wasted in this film as they are not given much to sink their teeth into.

Many remember being terrified of the Apocalypse from the comics and the 1990s Fox cartoon, X-Men: The Animated Series. His imposing, God-like size and booming voice were frighteningly chilling and befitting of the X-Men’s greatest foe. Here, Apocalypse is no more than another under-cooked Marvel villain: an inevitably defeated menace with an agenda bigger and more threatening than his stature. Issac does his best, but perhaps a little CGI could have enhanced this character into something more monstrously apocalyptic.

Fassbender, meanwhile, gets the opportunity to portray a devastatingly haunted (and almost human) Magneto that the audience can truly sympathize with. The film (and trailer) also confirms Magneto as the father of Quicksilver – a character development that unfortunately gets shelved for another film.

While Fassbender’s Magneto and Alexandra Shipp’s Storm have a few meaningful scenes, the other two of the Four Horsemen prove to be completely useless. Olivia Munn’s Psylocke and Ben Hardy’s (Arch)Angel are relegated to mute henchmen with, at most, two lines each. Eye candy, indeed.

It’s common knowledge that no X-Men film is complete without Hugh Jackman. If you’ve seen this film’s final trailer, it’s no spoiler that The Wolverine makes an appearance. When and where, exactly, I won’t spoil. However, I can confirm that his brief appearance is more berserk than any of his previous solo outings. This and the First Class “F-off” cameo capture the essence of Wolverine more than his other six full-length films combined. Hopefully Fox will keep the momentum going and finish strong with their upcoming R-rated Wolverine 3.

Throughout the film, it’s easy to get distracted reconciling the events of X-Men: Apocalypse with the continuity of the other X-films. After the messy X-Men: The Last Stand, director Bryan Singer did a lot to right the ship with the retcon-heavy Days of Future Past and continues to improve his vision with subtle touches throughout X-Men: Apocalypse. Singer along with Michael Dougherty, Dan Harris and screenwriter Simon Kinberg give clarity to any loose plot threads that resulted from a post-Days of Future Past universe with several well-crafted scenes that not only help to connect both trilogies, but also inform and strengthen future character bonds.

Although the First Class trilogy has had diminishing returns with each installment, X-Men: Apocalypse is a fun, entertaining and worthy entry into the X-Men saga. And while its final act struggles to stick the landing, X-Men: Apocalypse stands firm not just for its universe-reshaping, but for setting the stage for exciting new X-men adventures with a young, likable and engaging cast. Hopefully future X-films (and there will be more) will focus less on the teachers and more on the students as Xavier’s Gifted Youngsters graduate to Uncanny X-Men.

Singer did a lot to right the ship with the retcon-heavy Days of Future Past and continues to improve his vision with X-Men: Apocalypse... which both serves as a bridge between the two franchises and helps to fine-tune the X-Men universe as a whole.
3/5 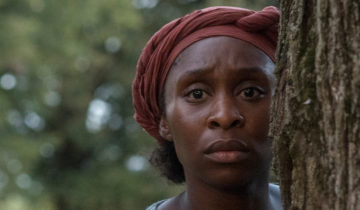