There’s a reason why Wonder Woman, as a film, has become a cultural landmark within the course of a few months. There’s a reason why the film has become the biggest film of the Summer and made a lasting impact in a culture that is used to moving onto the next big thing nearly instantly. Wonder Woman is proof that people are craving not only quality superhero films, but ones that are sincere and personal to their characters and stories. I love the MCU, but it is so refreshing to see a superhero film take it slow and tell a genuine story instead of setting up other films or have tie-ins with other superheroes. Wonder Woman is first and foremost a great film, that you can watch if you’ve never seen another DC film, before anything else.

Patty Jenkins took a character that has been long overdue for a standalone film and made it even better than anyone could’ve ever expected. The “No Man’s Land” scene is so deeply inspiring, exciting, and downright instantly satisfying that it sent chills down my spine; the sheer feeling of effortlessness behind the scene and how it feels so confident in itself is truly amazing. It’s a scene that harkens back to the first time we saw Christopher Reeve fly as Superman. Or the incredible subway sequence in Spider-Man 2. Or even the first time we saw Tony Stark suit up as Iron Man after being held hostage in a cave for months. The emotional payoff that Wonder Woman builds and ultimately rewards its viewers with is an astounding accomplishment in a genre that is trying so hard to constantly find new ways to adapt and be different from the rest. It’s incredible that Wonder Woman succeeds by simply being old fashioned and honest to the film it wants to be for the character it is servicing.

There’s a reason why Wonder Woman is so disappointing. The DCEU has had it’s fair share of criticism, some warranted, some not. Female Superhero movies have also had their fair share of criticism, and with movies like Catwoman and Elektra, I can safely say all of it was earned. So, when I see a movie like Wonder Woman, I’m gonna go in very critical. This had everything going against it. With the horrible reception of DC’s past film and the not so great trailers, I wasn’t expecting much from this. And to my surprise, and the surprise of others, it wasn’t half bad. It had two very good performances from it’s lead, some smart writing, and a genuinely uplifting tone. But that doesn’t make it great. Wonder Woman is almost a great movie. It almost has compelling themes and messages, it almost has impressive technical aspects, and it’s almost the great female superhero we all deserve. Wonder Woman is by no means a bad movie, but if we hold it up and this great superhero classic, we’re doing an injustice to the ones that came before it.

If I were to sit here and tell you Wonder Woman was a horrible film, I’d be lying. I really did like it. But I can’t act like it didn’t have glaring issues. Wonder Woman has a lot of trouble deciding what it’s message is. It sets up a great message about humanity and humanity and immediately goes against it, in favor of a loud, ugly, CGI mess of a boss battle. It goes from having a genuinely great message about how people are messy and not one villain is turning them evil, to havi. Wonder Woman is also strange on the technical side It has some of the worst green screen I’ve seen from a movie this size, but it also has some of the best looking visuals I’ve seen. It can go from a great action scene like the “No Man’s Land” sequence, to a CGI mess of ending. Wonder Woman is a good movie, I can’t say it isn’t, but I can say it’s not perfect. I wouldn’t even say it’s the best superhero movie of the year. Now, obviously movies like Iron Man and Superman aren’t perfect (However Spider-Man 2 is) they were new and exciting for the time. They changed a genre and were cultural landmarks. Sadly, when I look at Wonder Woman, I don’t see that. I see a above average superhero movie.

REVIEW — "Dave Made A Maze" 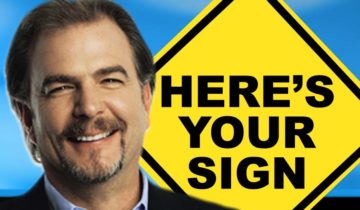