Based on a true story, “Wild” is a wonderful movie that will be appreciated most by those who are personally familiar with the healing powers of the wilderness.

In the mid 90s, Cheryl Strayed hiked the Pacific Crest Trail, a 1,100 journey from the Mohave Desert in lower California to the Washington/Oregon border.  A number of personal hardships her life motivated her to take this solo trip in an effort to find herself.  Cheryl documented the experience in her memoirs “Wild: From Lost to Found on the Pacific Crest Trail “ which makes up the basis for this film.

Some people may be turned off by the steady pace of the film, but it’s accurate in the way that a walk through a place unscathed by civilization can affect a person. Your mind speaks to you, first it tries to talk you out of the journey, threatening you with pain.  Then it wanders, meandering through memories, many times triggered by a song, phrase or smell.  Your mind takes you back to the highs and lows of your life.  This meandering format is exactly how “Wild” tells the story of  Cheryl’s life, portrayed in an Oscar worthy performance by Reese Witherspoon.  We learn of her youth growing up with her carefree mother Bobbi (Laura Dern) and the events that sent her on a spiraling path of self destruction.

The choice to hike the PCT appears to be an impulsive one and she starts off completely inexperienced.  But as her journey progresses she becomes both more experienced and more self confident.  This trip is in effect her paying penance to the sins of her past and coming to terms with her future.  While there are a number of serious issues addressed in the film, it’s not without a sense of fun.  There’s an overlying dark humor that relieves the tension.

A near perfect script, amazing performances, and beautiful scenery makes this one of the best movies of the year.  Not to be missed, even if roughing it isn’t your idea of a good time 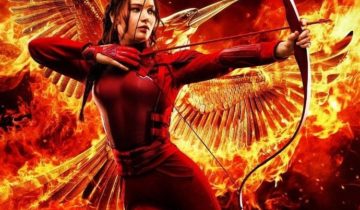