Emily Dickinson is an undeniable genius in the world of literature, so naturally, debates about her personal life and where she drew her inspiration from will become a talking point for many people. Wild Nights with Emily presents the long debated question that – what if Emily Dickinson wasn’t a reclusive genius like we are taught to believe? What if she repressed her love for women from the outside world and therefor hardly left her home? What if these seeming friendships and sisterhoods were actual, sexual relationships she had with other women? There’s arguments for both sides of the spectrum when it comes to who Dickinson really was, but Wild Nights with Emily presents their side pretty damn well.

Director Madeleine Olnek doesn’t pull any punches when presenting its narrative to the audience. The opening sequence of the film finds Dickinson (Molly Shannon) making out with another woman. One of the most admirable aspects of the film is Olnek’s direction. Between her undeniable love and attention for Dickinson as a literary genius, to her precision behind the camera when it comes to nailing both the comedic and intimate moments with the characters. She expertly tells her story, and I was really impressed with it.

Another shining spot here is obviously Molly Shannon. Shannon is, of course, most well known for her time on SNL and just within the comedy scene in general. However, in the last few years, she has been taking a dramatic approach to her roles – and Wild Nights with Emily is no exception. While there are plenty of scenes where Shannon gets to perfectly display Dickinson’s wit and cleverness, she brings so much dramatic weight to the quieter and more personal moments. She’s a complex individual, and Shannon nails her perfectly.

The film might be a bit slow for anyone who isn’t interested in the subject matter at hand, but as someone who is fascinated with history and just literate in general, I thought this was a pretty great interpretation of what may have happened in Dickinson’s life. The last few moments of the film especially hammer home the idea that Olnek is going for. I highly recommend this to anyone who is interested in learning a different perspective of Dickinson. 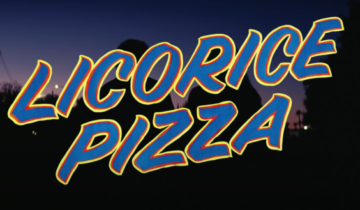