Although War Room is 2 hours of cloying sentimentality, clunky humor, and preachy dialogue, it is projected to dethrone Straight Outta Compton at the box office this weekend.

Alex and Steven Kendrick’s screenplay deals with real-world issues in such a heavy-handed and manipulative manner that it fails to be plausible. For example, Tony Jordan, who is portrayed poorly by T.C. Stallings, manages to almost cheat on his wife, commit a crime, and lose his job without any convincing repercussions. Because this film opens with a montage of war-related images and a voice-over, which is accompanied by an obnoxiously loud, faux inspirational score, there is no reason to believe that Tony will go to jail or that his family will suffer any real-world consequences. Although Jordan loses his job, his family manages to stay in their fancy house and help out others in need. In the stories that matter, there are memorable and irreparable consequences. In other words, this story would have had a more profound impact if the Kendrick brothers had gone out of their comfort zone and shown the characters moving to a smaller house and making other financial sacrifices as they continued to worship God.

The dramatic impact of War Room also suffers from a lack of polished actors and actresses. None of the performances in this film seem genuine or relatable. Each actor is required to preach to the audience and cry a lot. This becomes so repetitive that, even if this film worked to a point, it would have become numbing. The unexperienced actors in this film are impaired by the Kendrick brothers’ persistent attempts at humor, which are so mundane and clunky that they are cringe-inducing.

For the love of God, Christian films need screenwriters that can write dialogue that does not preach their film’s theme. Many of the best films imply their meaning without having to preach a sermon about it. At the end of Inception, Christopher Nolan did not cut to a scene of him staring into the camera and explaining how the point of his film was to make the audience question their reality; that would have been too insulting for an otherwise intelligent science-fiction summer blockbuster. War Room is about the power of prayer in the lives of a family and an elderly woman. A good version of this film would have ended with the characters coming to accept Jesus even though they are suffering the consequences of Tony’s actions. Instead, this film ends with a character praying in a preachy manner about how the world needs to be transformed by Jesus and the power of prayer, not to mention the fact that if the ending had occurred fifteen minutes earlier, the theme would have been unaffected.

Judging by the standing ovation that the dozen audience members around me issued, War Room will satisfy its core audience, which is Christian movie fans that want to hear the gospel preached everywhere. Even from this perspective, War Room is easily the weakest product of Kendricks’ filmmaking careers. On the other hand, if you enjoy films that are not preachy and meant to indoctrinate you, then this is not for you.

Have you seen War Room? If so, what did you think? 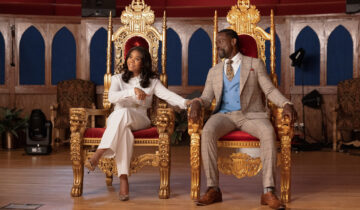 SUNDANCE REVIEW – “Honk for Jesus, Save Your Soul”