The Safdie Bros’ Good Time was one of my biggest surprises of not only 2017, but of the last several years. It was a film I didn’t necessarily have any knowledge or excitement for prior to going in, but by the time I left, I felt like I was transcended into this stylized and grimy world for two hours. After hearing that their next film would be a New York-based crime thriller with Adam Sandler in the lead role, Uncut Gems instantly shot to the top of my most anticipated films of the year. And it absolutely didn’t disappoint. There’s no need to tease or jump around it; Uncut Gems is not only the most intense film of the year but I’d go as far as to say a film has never made me this anxious in my entire life. I was literally on the edge of my seat during the majority of this film. From the second it opens, it leaves you cringing a little due to Howard (Sandler)’s questionable choices. And it just simply doesn’t let up for the next two hours. When the credits roll, it feels like a pit deep in your stomach has been released and you can finally breathe again. This is just, simply put, one of the best thrillers I’ve seen in years.

Adam Sandler deserves a whole article written about how incredible he is in this film. I’m usually on the train of “awards don’t matter!” but, in the case of Sandler x Uncut Gems, if he isn’t nominated for what is easily the best performance I’ve seen so far this year – then what is even the point of awards in general? Howard is a scummy, slick-talking pawn-shop owner. He is for all intents and purposes a bad guy who does very bad, unjustifiable things. And yet, Sandler elevates the character so much with his performance that you’re willing to root for him and follow him throughout this acid-trip of a downwards spiral throughout New York City from start to finish. This could easily be grating and fall apart, making you want to turn off the film within the first ten minutes – but Sandler absolutely owns the role. He completely disappears into it and doesn’t come back throughout the entirety of the film. I truly can’t praise him enough. 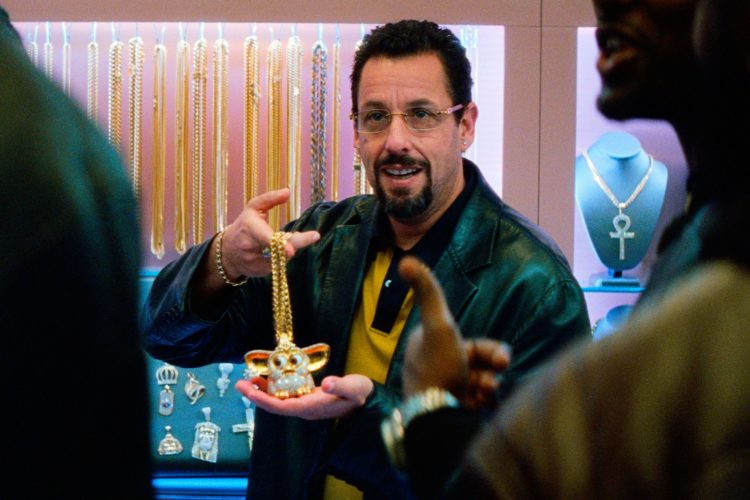 The Safdie Bros’ direction is as stylish as ever, but the power of their direction goes even further than just fluid camerawork and a good eye for colors that pop. The way they film this makes you feel as if you’re trapped with Howard throughout this entire journey and like you’re as guilty for all of his mistakes as he is. The crux of the plot revolves around a high-stakes bet on a basketball game, a ring, and, you guessed it- an uncut gem. All of these different threads of Howard’s journey could’ve easily become repetitive or even hard to follow at times, but the Safdies do a solid job at explaining the intricacies of sports-betting and pawning in case you don’t know much about it – yet it never feels like forced or lazy exposition. You’re thrown in for the ride and just sort of pick up things along the way that will help make sense of it all.

One of the reasons I believe this film works as well as it does is due to the naturalism at hand. There’s really nothing about Uncut Gems that feels like a movie. From the second that you’re dropped into this world to the moment that you leave, it feels like you’re watching a harrowing, real-life series of events. And that’s why the weight of Howard’s choices feel so consequential – because it feels like he really does have things on the line. It doesn’t feel like this is a film where you can predict an outcome or a specific happy ending for the character. It truly feels like it can fall apart at any moment and that you’ll be there for the downfall if and when it does. The fact that the film is unable to give you such unease and conflicted emotions while also being rapidly entertaining, funny, and stylish is a testament to the craft of everyone on board. From the Safdies to Sandler to the music by Daniel Lopatin, it feels like an incredible accomplishment and unmatchable feat. Easily one of the best films of the year.

REVIEW — "Jumanji: The Next Level” 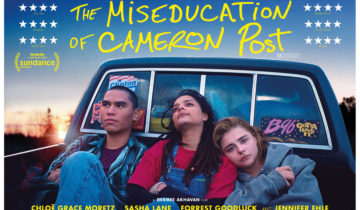