Happiness is The Peanuts Movie. Like a warm blanket, 20th Century Fox’s heartwarming and tender reintroduction to Charles Shulz’s classic characters is a rare example of how computer animation can enhance a beloved property for a new audience without compromising its soul.

Hollywood has long mined the funny pages for material to adapt into heartless CG-animated films. From Marmaduke to Garfield, few comic strips remain unmolested – with the exception of Peanuts, Charles Shulz’s beloved tale of a boy and his dog.

The last time the Peanuts characters graced the big screen was in 1980’s Bon Voyage, Charlie Brown (and Don’t Come Back!!). In that film and the comic strips that preceded it, the main character, Charlie Brown, was a perpetual sad-sack who never could win. A blockhead who can’t get anything to go right,  ol’ Chuck is an underdog who’s always lacked the self-confidence to dream big. On the flip side of that coin is Snoopy, Charlie Brown’s loyal pet beagle. Suave and  brave, Snoopy is everything Charlie Brown isn’t – and wears a Joe Cool shirt just in case anyone forgets.

In director Steve Martino’s The Peanuts Movie, Charlie Brown spends the film building up enough courage to talk to grade-school crush, the Little Red-Haired Girl. With help from Snoopy, Linus, Lucy, and little sister Sally, Charlie Brown tries to turn his luck around and finally become a winner.

2015 marks the 65th anniversary of Schulz’s first Peanuts comic strip. Throughout the years, Charlie Brown and Snoopy have become celebrated American icons and holiday staples due to the success of animated classics, “It’s the Great Pumpkin, Charlie Brown” and “A Very Charlie Brown Christmas.” Outside of Halloween and Christmas; however, the Peanuts gang goes largely forgotten.

While treasured, the Peanuts have gone stale and (much like The Muppets) could benefit from a shot in the arm. The brand’s fresh coat of paint comes from Blue Sky Studios, the production company behind Rio and Ice Age.

While most studios have been satisfied with reducing classic cartoons into feature-length fart jokes (I’m looking at you Yogi Bear and Alvin and the Chipmunks), Blue Sky shows reverence and respect by updating the Peanuts gang into stunningly rich three dimensional characters while retaining the values and principles of their creator.

The result is a visually beautiful, charming and loving tribute to Charles Schulz’s legacy. The film is a successful reintroduction of his characters to a new generation. Delightful, heartfelt, funny and rare, The Peanuts Movie is this year’s required holiday family movie-going experience. 5/5

The Peanuts Movie, Rated G, is in theaters now.

REVIEW — “Valerian and The City Of A Thousand Planets” 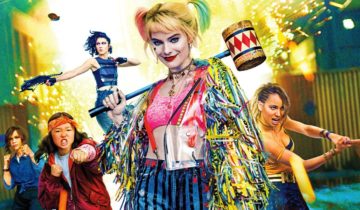