A fascinating true story that is well told, but falls short of excellence.

Throughout World War II the German technology was far superior to that of the Allies.  Many historians can tell you that they came frighteningly close to winning the war.  They had rockets, jets and an “unbreakable” code machine called “Enigma.”  There were a few major victories that turned the tide of the war, such as the discovery of the Nazi gold reserves, and the amazing triumph over the Enigma cryptography.

At the heart of the story is Alan Turing (Benedict Cumberbatch) a British mathematician and all around genius.  During WWII he was employed by the Government Code and Cypher School, a group of cryptologists whose sole goal was to break German codes.  The film portrays Turing as an outcast, preferring to work alone and the company of numbers over that of people.  Later, in an effort to employ more qualified staff, Turing published a crossword puzzle as a sort of job interview.  It’s through this that he meets Joan Clarke (Keira Knightley), who helps him overcome his social awkwardness (to a certain extent) and unify his fellow teammates.  Together they help him a create what is essentially the first computer system which is then used to crack the Enigma machine.

Everything in this film is “very good”, but it doesn’t excel in any area.  Much is being made of Cumberbatch’s performance, but really it isn’t much more than his “Sherlock” persona with a level of nervous quirks and homosexuality mixed in.  Frankly, Keira Knightley has the best performance in the film; one of the better ones in her career.  The other characters in the film, though performed well, are relatively flat.  The very best thing about the movie is the story itself, the irony of how Enigma was beaten and what was done with it after the Allies were able to decode the German messages.  The director chooses to use a slightly fractured timeline, with much of the film told in flashbacks.   It’s quite successful, especially in comparison to other films that are destroyed by it. (See “The Captive”)  There’s also a Shakespearean tragedy in how Turing was treated in the years following the war.

With all the award nomination campaigning going on right now, one should adjust their expectations accordingly for certain films.  This is a very good film, and it makes “The Monuments Men” seem like a cartoon, but don’t expect to be amazed or touched in any noteworthy ways.

REVIEW — "The Hobbit: The Battle of the Five Armies" 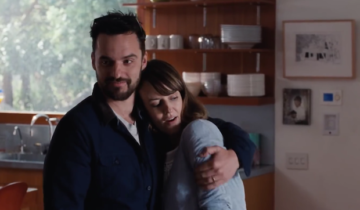