From the get-go, Yimou Zhang’s The Great Wall has had pretty terrible luck. It has been accused of white washing with the casting of Matt Damon, and since it’s the internet, it received quick and severe backlash from the film community online. Before I even get into my criticisms of the film, I’ll give it credit where credit is due – aside from Willem Dafoe and Matt Damon, this film is entirely diverse. There are hundreds of people of color, from the leading roles of the film, the supporting cast, and even background extras. This is likely to be one of the most diverse films of the year, and I think the judgement of calling it “racist” was too premature.. even for Internet standards. With all of that out of the way, The Great Wall is absolutely abysmal from start to finish and one of the worst blockbusters I’ve seen throughout the 21st century thus far.

For many this was expected to be a disaster, but I actually find Zhang Yimou to be a fairly competent director that has cranked out great films like Hero and House of Flying Daggers. He’s undeniably an artist of the genre and even in this film, he brings a decent amount of style to the cinematography and action sequences; that’s pretty much where my positives end. The rest of this film is absolutely exhausting and a genuine hassle to have to get through. There’s some decently impressive stunt-work being presented here, but it’s filmed in such an unexciting way that you’re never once engaged. It ranges from weird choices in terms of framing to simple shaky-cam that we’ve seen a thousand times before. It also probably doesn’t help that the CGI monsters, that look way too much like giant Iguanas, are pretty awful. Seeing the supporting cast and extras having to react to an obviously fake creature is very cringe worthy.

The plot to this is relatively straight forward: Matt Damon comes in with his partner (Pedo Pascal) at the wrong time. You find out that The Great Wall of China was simply built to keep these creatures out of a village. These warriors have been raised here their entire lives. And yes, you guessed it, the warriors and Matt Damon have to teach each other lessons when it comes to team work! Kill me. Every single plot point of this film is so exhaustive and predictable, to the point of where one particular reveal about the leader of the monsters (and you’ll know it when you see it) makes me question whether or not this should’ve been a video game from the start. By the “epic” finale, I was so numb to everything that was going on that I was begging for it to be over.

So.. aside from the awful screenplay at hand, paper-thin characters, mediocre performances, video game level CGI, and nauseating action – is The Great Wall worth seeing? For me, and others like me, the answer is a clear and resounding NO. However, I think there will be people that can look past everything I had issues with and have fun with the film. I will never understand the appeal of action this exhausting and with so little stakes. As I said, this is without a doubt one of the worst action films I’ve seen in years and is destined to make my “worst of” list at the end of the year. Also, whoever is doing Matt Damon’s hair.. come on. Also, please mention to him to pick ONE accent and run with it throughout the film. 1/5. 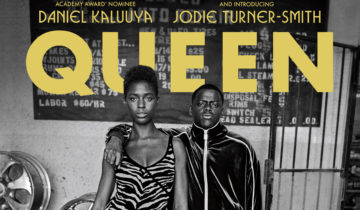