Walt Disney Pictures may be best known for decades of classic animated features – and as of late, their larger-than-life fantasy slate that takes audiences from the Marvel Universe to a galaxy far, far away – but in between the blockbuster fare and Summer tentpoles, Disney has consistently produced true story, human dramas that remind us how real life, too, has its extraordinary moments that seem straight off of the movie screen. Disney’s period piece, true story-inspired output tends to be in the sports drama category – Remember the Titans, The Rookie, Miracle, The Greatest Game Ever Played, Glory Road, Invincible, Secretariat, and, most recently, Million Dollar Arm – but The Finest Hours moves from the field to the sea, telling the remarkable true story of the greatest small boat rescue in Coast Guard history.

1952 New England. A disastrous storm. An irreparably damaged oil tanker. A crew of more than thirty stranded sailors in peril aboard the rapidly-sinking vessel. The scene is set for naive, shy, and by-the-books United States Coast Guardsman Bernie Webber (Chris Pine) to be tasked with the risky mission of attempting to retrieve the men and pull off an unlikely rescue against almost insurmountable odds. “They say you gotta go out,” Bernie says of the Coast Guard, “they don’t say you gotta come back in.” Despite the hushed advice of older and wiser sailors who mean well, Bernie refuses to throw the mission – it’s his job, and he’s going to do his job. Despite Bernie’s well-documented real life acts of heroism, Bernie isn’t painted as valiant and Captain America-esque in manner. There’s no rallying speech, no “ra ra”-ing – he’s simply a guy doing his job and doing the right thing. Fellow crewmen Richie (Ben Foster), Fitz (Kyle Gallner), and Ervin (John Magaro) volunteer themselves up to the described “suicide mission,” knowing full well they could effortlessly perish by the hands of an apathetic and unforgiving Mother Nature.

The heart of the film comes from the relationship between Bernie and wife-to-be Miriam (Holliday Grainger), whose unflinchingly emotional and real performance serves as an anchor back on land. The earliest moments of the film are dedicated to their blossoming romance, with the relationship used as a means of expressing Bernie’s character to the audience. He does things by the book, he gets nervous, he’s unsure – but he knows the water and when he’s inevitably entrusted with undesirable orders, he sets out with a mere moment’s hesitation. “I don’t like to disappoint people,” he tells Miriam, who becomes more than just the fiance-to-get-back-home-to. Through Miriam, we return from the choppy seas to the cold and weathered shores of Chatham, Massachusetts. There’s an earnest helplessness to Miriam, who serves as our on-land anchor and an excuse to cut away from the bevy of relentless, perilous predicaments at sea. It’s a small community, and with Miriam as our guide, we bare witness to the manner in which the small town is affected by the disaster miles away.

Meanwhile, the separated oil tanker – captained by the reluctant Sybert (Casey Affleck) – must command a terrified crew who are as much at a schism as the ship itself. A barrage of obstacles crash down on the stranded crew as hard as the ocean’s frigid waves, with Bernie and co. racing to the rescue in nothing more than a wooden lifeboat. The Finest Hours is at its strongest when the men of both boats are placed in overwhelming and hopeless situations, putting you on the edge of your seat with each new hindrance towards survival. Through the rain, the sixty-foot waves, and the hurricane-force winds, even those with intimate knowledge of the real-life rescue find themselves tense and in hold of their breath. This is captivating, engaging filmmaking at its best, guided by the capable hands of director Craig Gillespie (Million Dollar Arm). Comparisons towards The Perfect Storm are inevitable, as are criticisms that The Finest Hours isn’t as hard-hitting – the film perhaps doesn’t pack as many punches as it should – but for all the breathless action, tension-filled suspense, and exciting survival sequences, The Finest Hours is anchored by heart. It has an emotionally honest and genuine core that grips you in a thrill-ride that doesn’t let up until its feel-good conclusion.

The Finest Hours is a thrilling, old-school film with the flourishes of a modern blockbuster – it carries a solid, capable cast and the latest, most impressive visual effects – managing to be both charmingly old-fashioned and as gripping as any CGI-heavy action flick that will populate theaters this Summer. The underrated acting talents of Chris Pine leads a cast that feels rightfully traditional, with Grainger, Affleck, and the supporting cast turning in believable, empathetic performances that help propel The Finest Hours to being more than just forgettable, inspirational fluff. In less sturdy and adept hands, The Finest Hours could have been trite and empty – instead, it’s a life preserver in the otherwise dour sea that is January at the movies. 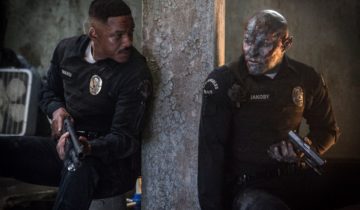