The first “Taken” was a surprise hit.  Liam Neeson showed what a badass he could be to the delight of audiences everywhere.  The second “Taken” tried to follow up on this moneymaker with more of the same.  While the plot suffered, the action was still impressive and generally fun.  Now the third “Taken” has arrived, and even though it is again directed by Olivier Megaton, it feels completely disjointed from the series.  Sure, the characters are all there again, including the painfully awkward family dynamics between Bryan Mills (Neeson), Lenore (Famke Janssen) and their daughter Kim (Maggie Grace).  But this time around no one actually gets taken, there are no exotic locales, and it’s rather boring.

There are two huge problems with “Taken 3.” First and foremost is the script.  As mentioned above, it’s really quite dull.  The plot takes an incredibly long time to get rolling, and once it does the plot holes and predictable “twists” are practically insulting.  It’s impossible to go into detail here without invoking spoilers, but one prime example is when Bryan Mills decides to run in the first place. Why he does this is never made clear. In fact it seems the exact opposite of what an intelligent character such as himself would do, given the evidence revolving around the murder he is accused of committing. The script also forces our hero to use waterboarding to “torture” information out of another character.  Seriously, can you see the man of action in the previous two movies suddenly deciding waterboarding is the way to go?  Then at the very end of the film, there’s a nice switcheroo, where instead of the cliched “Talking Villain” we are treated to a “Talking Hero” who recounts all his steps through the film and explains to the audience how he figured everything out. (Even though the audience, and a few other characters, have been two steps ahead of him the entire time.)

The second massive flaw is the editing.  Western action films are already chastised for their choppy editing, but this is, by far, the absolute worst, action and chase scene editing in memorable history.  These action segments should be used in film school as the perfect examples of what not to do.  These scenes completely defy all logic and continuity.

Considering the great cast, and this trilogy’s origin, it’s a shame that it’s devolved into such a mess. Let’s put this series to rest, and see more of Neeson’s character from “A Walk Among The Tombstones” 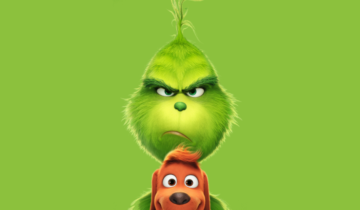