This is a real movie that exists. 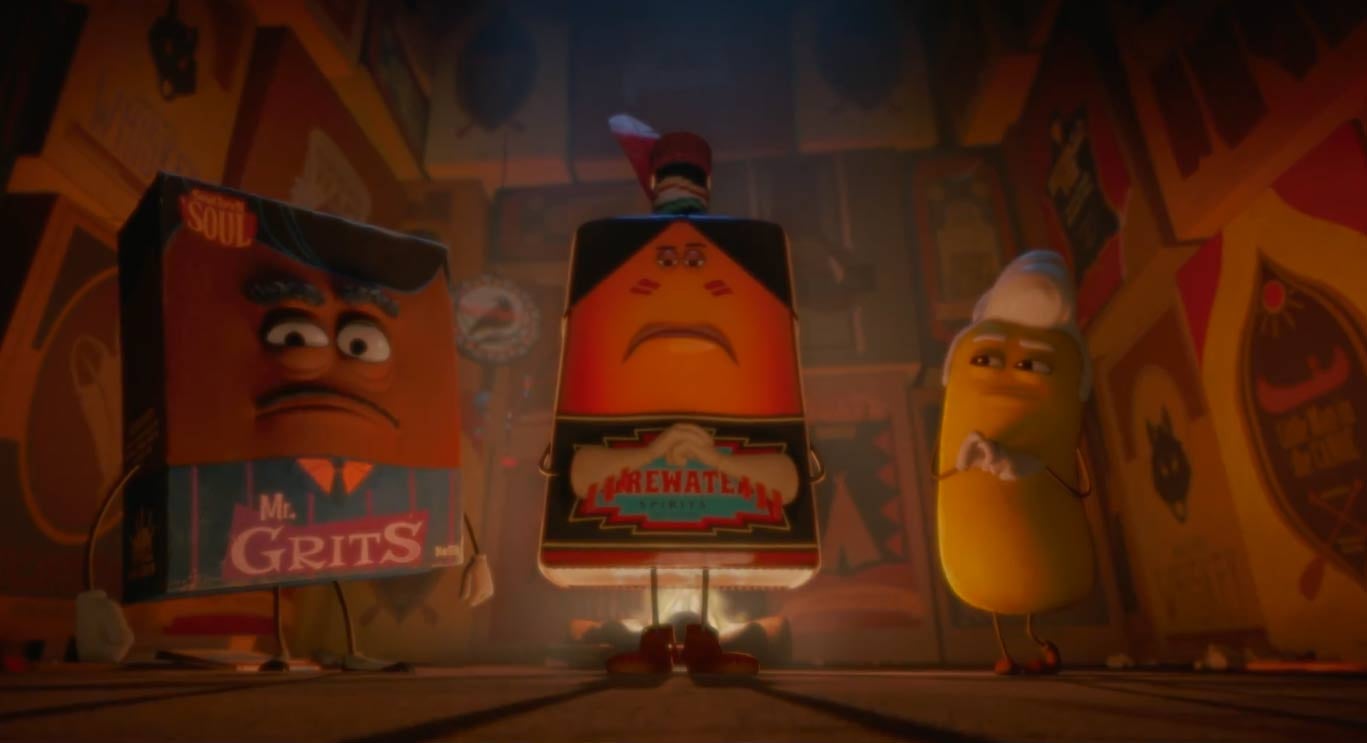 Sausage Party is directed by Greg Tiernan and Conrad Vernon. It is an R-Rated animated film with a stacked cast of Seth Rogen, Kristen Wiig, Micheal Cera, Jonah Hill, Nick Kroll, Edward Norton, Bill Hader, Salma Hayek, James Franco, Craig Robinson, and Paul Rudd. I think I covered all the bases. It tells the story of Frank (Seth Rogen), a sausage who is on a quest to find out the truth of his own existence after a returned can of Honey Mustard commits suicide in order to escape the horror of the “Great Beyond.” I’ll leave the plot at that because the surprises in this movie are too good to spoil. Sausage Party is a hilarious, smart, beautifully animated film that also happens to be the most disgusting, crude, and graphic movie I’ve ever seen. 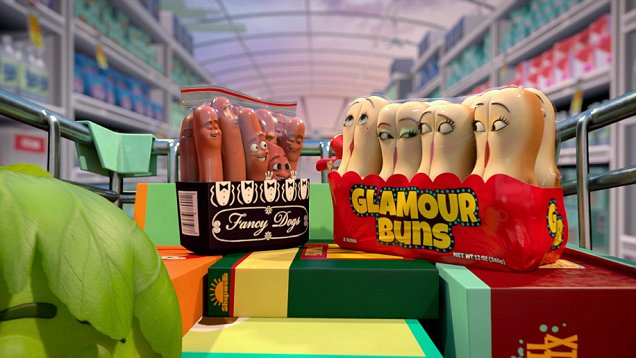 This cinematic milestone is directed by Greg Tiernan and Conrad Vernon. These guys have only ever directed children’s movies in the past so how they were involved in this debauchery confuses me. Greg Tiernan has directed over 30 Thomas The Train movies and Conrad Vernon did the Madagascar movies. They went from wholesome entertainment for children to Sausage Party. This film is written by Seth Rogen, Evan Goldberg, and Jonah Hill. According to Seth Rogen himself, he has been working on this movie for over 10 years. Seth Rogen spent a 3rd of his life trying to get a movie made about a Sausage that says the F-Word… and the world is a better place because of it. I’ll just come out and say it, This is one of the best comedies of the year. It’s an absolute riot. My theater was constantly laughing. I seriously think every joke landed. Whenever The Douche was on screen I was belly laughing. Every single scene is funny. This movie also boasts beautiful animation, like Pixar level animation. The humor ranges from food puns, food innuendos, food violence, food sexuality, and religious commentary. Sausage Party is the smartest gross out movie I’ve ever seen. Smart is a word I never thought I’d call this movie.

This movie deals with heavy themes and has a lot to say about religion and life itself. At the same time it has a lot of sex puns to make about food. The food hope to be bought by “The Gods” and taken to the “Great Beyond.” Little do they know the “Great Beyond” does not exist, and every day they are joyfully awaiting death instead of living life. The food in this movie also really want to have sex with each other. This movie attempts to make the balancing act of gross-out humor and smart satire, and sometimes it does succeed; I point to the scene where Firewater (Bill Hader) explains something to Frank (trying to avoid spoilers). However, at times it does fail, making the satire in your face while taking away from the jokes. While most of the commentary is not very subtle, it’s also not too overbearing and for the most part is respectfully done. I mean this movie did a lot of things I did not expect it to do. We see a lot and learn where our line of decency is along the way.

Now one thing I definitely did not expect from this movie was to be emotionally invested in its story. I found myself genuinely interested and worried for our characters. But one character in particular I found a love for. I never thought I could care for a Sausage but the second, and I mean the second, Barry (Micheal Cera) appeared on screen I knew he was special. Barry is, simply put, hilarious. He has some of the best jokes, and his story line is genuinely interesting. I could give all the praises to my precious Barry but I would be here all day. Other stand out characters are Sammy (Edward Norton), The Douche (Nick Kroll) and Firewater (Bill Hader). But that’s not to say there are bad characters. I can’t think of any characters that were lacking or just not funny. I would say this movie is only concerned with being funny, but that would be a disservice to the film. This movie existing and being as good as it is is a feat in of itself.

I can praise this movie for hours on end, but that does not mean it’s without faults. The first 20-30 minutes end up dragging a tad bit due to the fact that, for the most part, the only “joke” is that animated food is saying the f-word and talking about having sex. But it quickly drops that joke, and goes into more mature (mature for this movie) jokes. It does not hold anything back and definitely earns it’s R-Rating, I point to the scene. Those who’ve seen it know what I’m talking about. That was an interesting scene to watch in a packed theater. I don’t think I’ll ever un-see what I saw. Seth Rogen spent 10 years trying to get that scene animated. That scene is one of the most graphic things I’ve seen in my whole life. It was a sensory overload. It was a lot to take in and it was a lot to process. I needed a shower after that scene. That being said it is one of the funniest things I’ve ever seen. I’m not being hyperbolic when I say my face hurt from laughing.

It’s very hard to critique this film because it does not take itself seriously what so ever. The minor complaints I have are the first 30 minutes dragging, it fails to balance satire and gross-out at some points, and the ending does feel tacked. Other than that this movie is just a fun time. It’s not groundbreaking or mind blowing it’s just good adult fun. I would love to see this be nominated and win Best Animated Feature at the Oscars. That would be a triumph for film.

If you take one thing away from this review it’s go see it. More movies like this need to be made. Prove to Hollywood that R-Rated comedy is still alive and well. We let Popstar bomb at the box office, and I’m still upset about it. Please make sure to see the experience known as Sausage Party.

2016 has been a great year for comedy films. This on top of movies like Popstar: Never Stop Never Stopping, Keanu, Mike and Dave Need Wedding Dates, Deadpool, Whiskey Tango Foxtrot and Neighbors 2 marks a strong year for comedy. These are all good enough to make us forget about 2oolander. 4/5