M. Night Shyamalan is back with a terrifying premise that quickly grows Old.

Based on the graphic novel “Sandcastle,” by Pierre Oscar Lévy and Frederik Peeters, Old is unsettling from the start. The film follows Prisca (Vicky Krieps) and Guy (Gael García Bernal) on vacation at a tropical resort with their eleven-year-old daughter, Maddox (Alexa Swinton), and six-year-old son, Trent (Nolan River). Unbeknownst to their children, the couple are on the verge of divorce and this trip is the family’s last hurrah before splitsville. 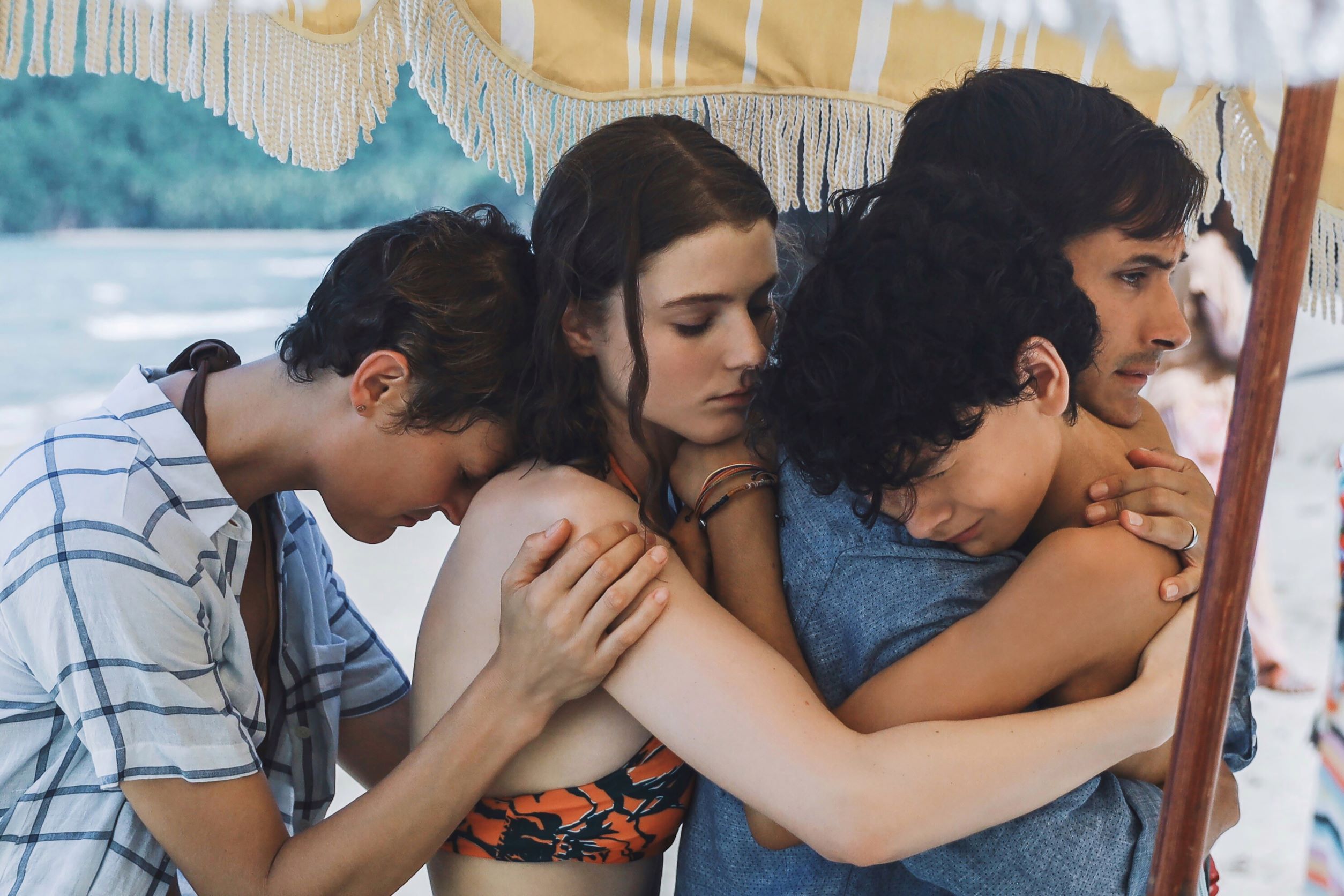 Greeted with custom drinks upon their arrival, they are soon invited by the hotel manager (Gustaf Hammarsten) on an exclusive excursion to an exotic private beach located in a secluded, local nature preserve. On the drive, they are joined by another family led by surgeon father Charles (Rufus Sewell), his trophy wife, Chrystal (Abbey Lee), their young daughter, Kara (Kylie Begley), and his mother (Kathleen Chalfant). 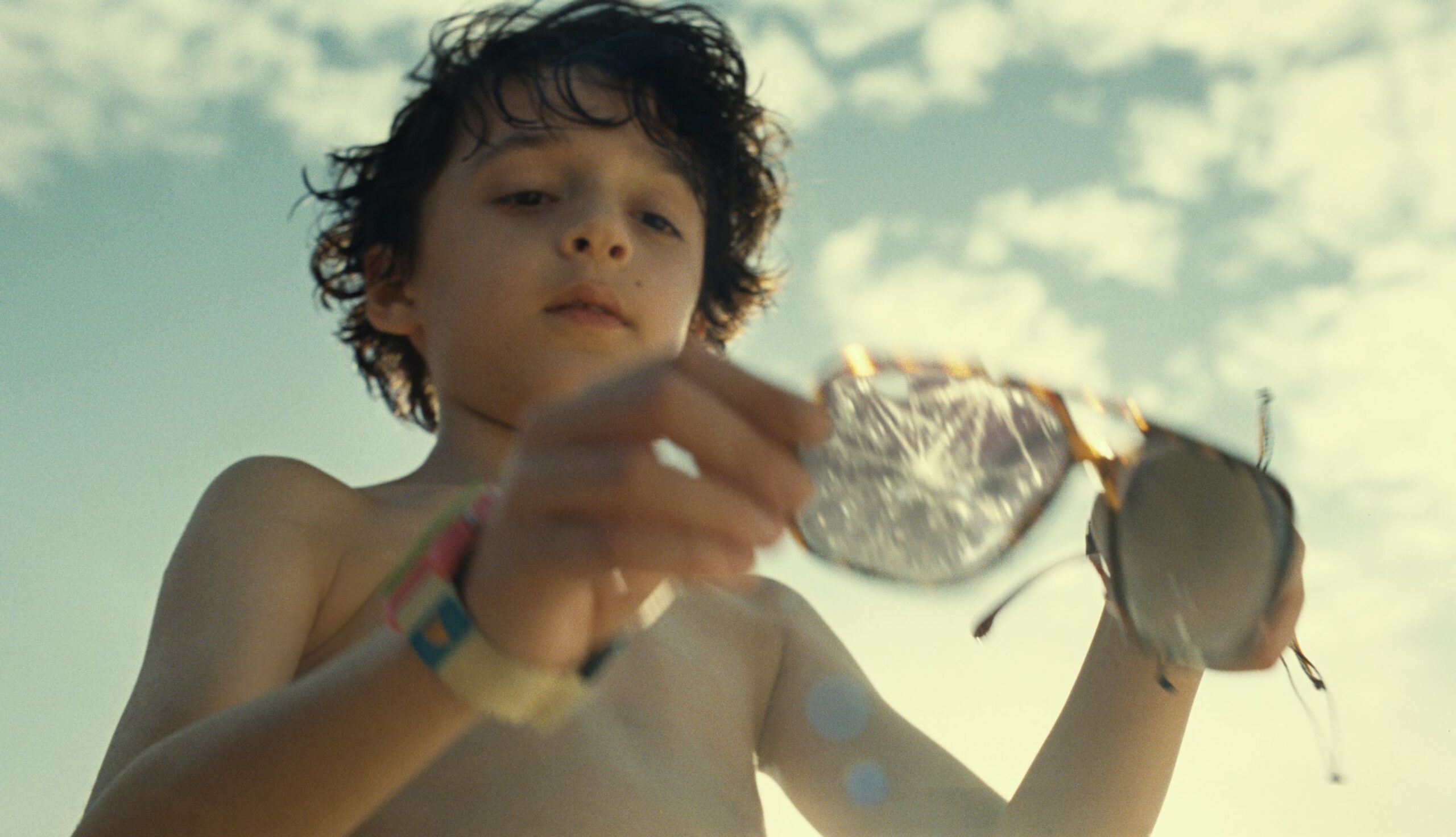 After being dropped off by their driver (Shyamalan Cameo Alert!), the families schlep though a rainforest and rocky caverns until they reach the mystical beach. At first, their time at the beach is idyllic. Then things start getting weird. Old personal items are discovered in the sand, medical issues become aggravated and advanced, then a dead body washes up.

If you’ve seen the trailer, then you know the plot: families get stuck on the beach and start to mysteriously grow older by the minute. That’s because, on this beach, every half hour is equivalent to one year. Indeed, the beach is the monster of the film, which, in a way, makes Old the anti-Jaws. It will have you wishing the characters would run toward the safety of the water. 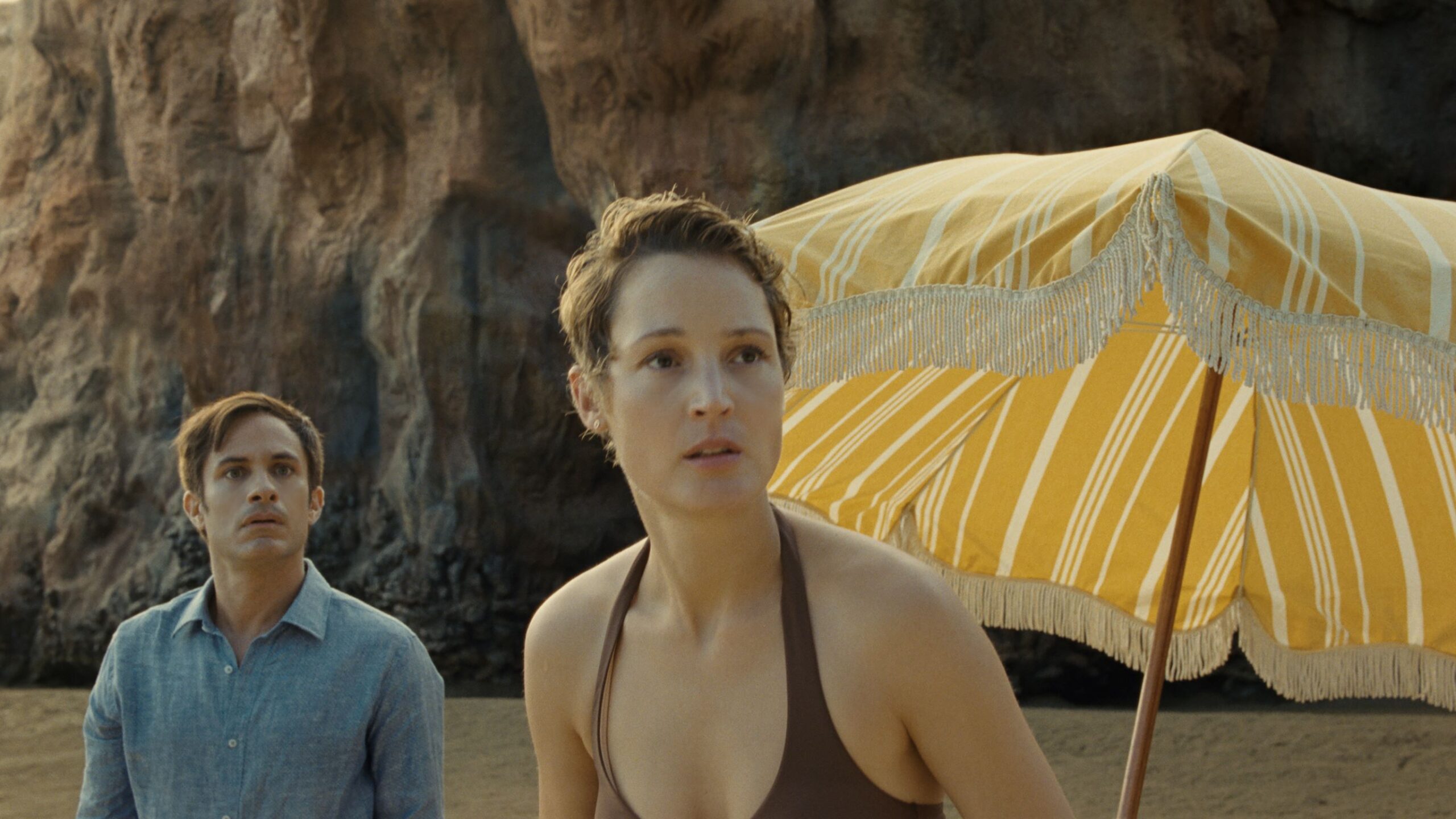 Unfortunately, time on the beach moves too fast for them to keep up with what is happening to them. By the time they begin to realize what is going on, it’s too late. Their fates are sealed. Wrinkles begin to show, eyesight and hearing diminishes, and the children mature into teenagers (Alex Wolff, Thomasin McKenzie, and Eliza Scanlen) in a matter of hours. 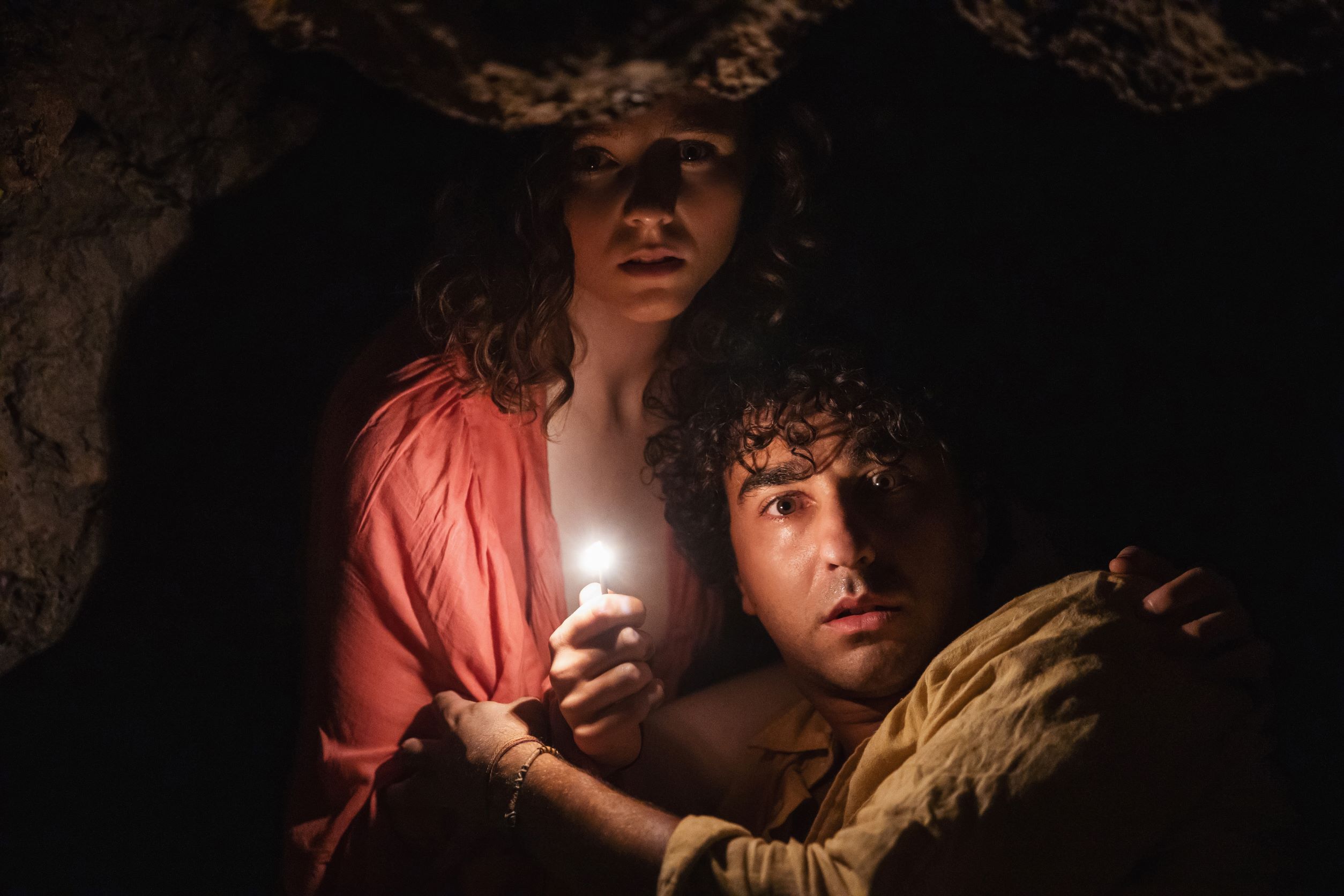 Attempts to escape the rocky shoreline are impossible. As soon as group members venture into the caves, scale the cliffs, or swim out into the ocean, they pass out and awaken back on the beach. While some of the characters under react to their dire situation or exhibit perplexing character behaviors, others, like married couple Patricia and Jarin (played by Nikki Amuka-Bird and the always great Ken Leung, respectively) help to ground and sell the film’s insane premise.

There is a mixture of bewildering, terrifying, and heartbreaking moments in Old, but overall, Shyamalan keeps the film from going off the deep end. Perhaps due to filming during the pandemic or the film’s smaller budget, the writer/director shows restraint with Old by avoiding some of the narrative pitfalls of his other films. 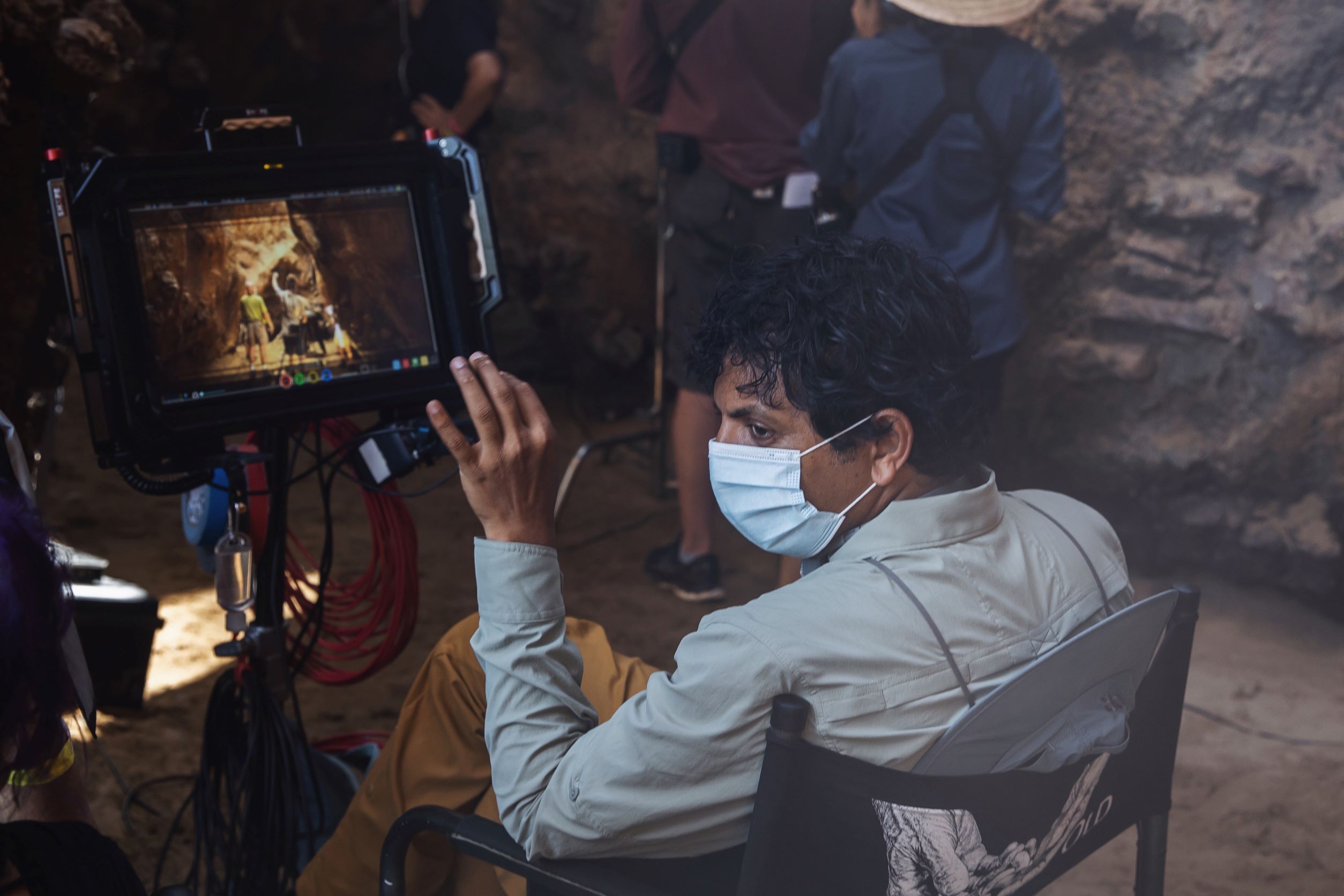 Shyamalan is well-known for his cerebral and surprising thrillers with twist endings (The Sixth Sense, Signs, Unbreakable). However, if you’re primed for a doozy, you’ve come to the wrong beach. Not so much a twist as it is a big reveal, the film does answers most, if not all, of its questions. You’ll get your mystery solved, but in a way that will likely leave you wanting.

Not necessarily a horror film, Old is more sad and disturbing than frightening. Children are forced to endure years of pain, grief, and regret in a single day, making the sudden loss of innocence the real tragedy of Old. Because getting old isn’t scary, but growing up too fast is.

Also starring Aaron Pierre, Embeth Davidtz, and Emun Elliott, Old is rated PG-13 for one f-word precisely at the 1:10:00 mark. 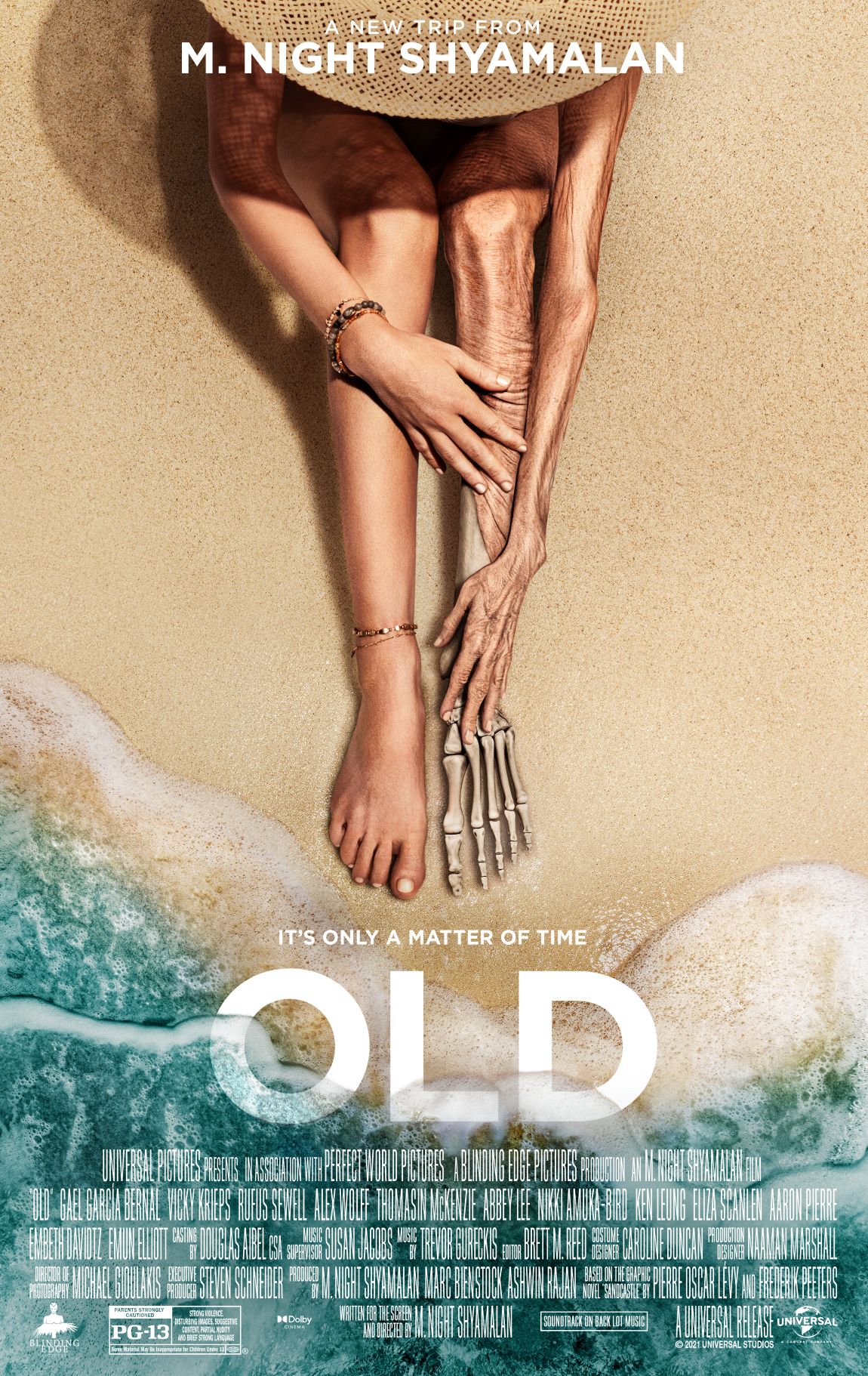 Review – “The Visit” is Shyamalan’s Best Film Since “Signs” 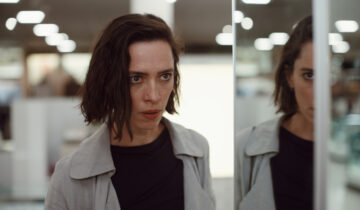