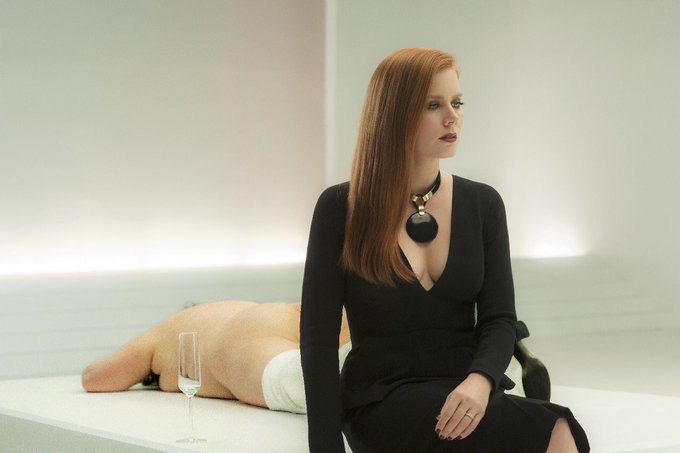 Nocturnal Animals is directed and written by Tom Ford and stars Jake Gyllenhaal, Amy Adams, Micheal Shannon,  Aaron Taylor-Johnson,  Isla Fisher, Ellie Bamber, and Armie Hammer. It tells the story of A successful Los Angeles art gallery owner’s idyllic life being marred by the constant traveling of her handsome second husband. While he is away, she is shaken by the arrival of a manuscript written by her first husband, who she has not seen in years. The manuscript tells the story of a teacher who finds a trip with his family turning into a nightmare. As Susan reads the book, it forces her to examine her past and confront some dark truths. Nocturnal Animals is a dark, beautifully shot, and well-acted thriller that solidifies Tom Ford as one of the best working directors.

When not designing clothing and saving Gucci from bankruptcy, Tom Ford likes to direct movies. A Single Man being his only previous time in the director’s chair, this is a great sophomore effort from Ford. He is two for two with Nocturnal Animals as it is brilliantly directed. There is a lot beneath the surface here and this is a powerhouse for him. I may be in the minority but I do think this is better than A Single Man simply because while both are great, Nocturnal Animals has not left my mind since I saw it. The longer I sit and analyze the themes and metaphors this film has, the more I grow to love and understand it. Tom Ford has an apparent talent behind the camera and I hope he stays there for many years to come.

Tom Ford also penned the script for Nocturnal Animals and it’s almost as great as his direction. The screenplay is adapted from Austin Wright’s book “Tony and Susan” and while I don’t know if this is a faithful adaptation of that novel, it is a damn good screenplay. Now, Nocturnal Animals has a narrative told in three separate stories. One where Adam’s character is living her day to day life, one acting out the book Gyllenhaal’s character wrote and finally the past between Adam’s and Gyllenhaal’s characters. Now if that sounded confusing, that’s because it is. If I were to point out one flaw from the screenplay it’s that the book storyline is much more interesting than the other two. Not to say the other two storylines are boring, they’re just drastically slower and less eventful than the first one. But other than that this screenplay is great and the Oscar buzz this has is well earned. Now if the writing and directing haven’t already sold you on seeing this hopefully the acting will because it’s all phenomenal. Amy Adams is great, she is playing a very off-beat character for her,  is luckily very convincing.  Jake Gyllenhaal is absolutely fantastic. He is my all time favorite actor so I may be a bit biased but he plays the two characters completely convincingly and gives a very powerful performance. He keeps the tradition going and cries in a shower, which he does so well. Aaron Taylor-Jonson also takes a departure from his usual work and plays the “villain”. He is the slimiest, most unsettling character I’ve seen from him and while he’s definitely earned the golden globe nomination, he’s not the man I would have nominated here. I loved every second Micheal Shannon was on screen. He is so damn good in this. He gives my favorite performance of the year and I could have watched a stand alone movie about his character. He is the best part of the film and if he is not nominated for an oscar I will riot.

Technically speaking Nocturnal Animals is very well done. The cinematography is very sleek and the editing is very sharp and tight. An effective score makes this a very high tension experience and if you bite your nails they may be gone after this is over. All these elements, coupled with the great performances, work together to amplify this past a normal thriller like The Girl On The Train. This is all just a testament to Ford’s excellent direction. One complaint I’d like to refute here is many people are saying this could be re-named “Metaphor: The Movie” and I frankly don’t understand that. Besides the one obvious metaphor present in Nocturnal Animals I would be hesitant to call this pretentious. While this certainly isn’t a straightforward it’s nowhere near flicks like Only God Forgives or even this years The Neon Demon. Apologies to Refn, don’t mean any disrespect.

Simply put, Nocturnal Animals is a dark, tense, well-acted thriller with more to offer than most. It holds my favorite performance of the year and is one of my favorites of the year. This has finally spread wide, so if you have the chance to see it please do. It’s sure to make its rounds at the awards. Nocturnal Animals get’s a 4/5

REVIEW — "Manchester By The Sea"