Set-up and played out almost like an origin story to a real-life hero, Marshall feels incredibly old-fashioned and timely (in ways that mostly work) from the start. Having not seen any promotional material for this film prior to attending the screening, I was surprised that this wasn’t a straight-up biopic that depicted Thurgood Marshall’s life and all of his achievements in a brisk 150-minute feature but instead is a fairly straight-forward, 118-minute film. Marshall starts with Thurgood Marshall, a young lawyer working for the NAACP and making his way around a society full of bigotry. After Eleanor Strubing (Kate Hudson) accuses her black chauffeur Joseph Spell (Sterling K. Brown) of sexually assaulting and attempting to murder her, Thurgood travels to conservative Connecticut to team up with Sam Friedman (Josh Gad) a local Jewish lawyer who has never handled a case of this size or importance. The film follows the two of them as they try to build a defense for the case against Joseph Spell and face bigotry within the courtroom.

Marshall finds itself in a bit of a rocky start of spoon-fed exposition and rushed narrative work within its first 15 minutes, but luckily finds great strength and energy once Chadwick Boseman and Josh Gad begin to share the screen together. The two have absolutely excellent on-screen chemistry with one another and bring such a natural essence to the two portrayals of real-life heroes, making for something a bit more authentic to latch onto within scattered storytelling and rough editing around the edges. These faults may be due to Reginald Hudlin, who is primarily known for his work on television as of late and comedies in the 90s. I can’t help but feel like he was the wrong person to direct this, and an established dramatic actor could’ve pushed this from being “good” to “great” considering the rich subject matter.

Despite feeling a bit amateur within its direction at points, the film still remains to be a largely entertaining courtroom drama with a fun blend of humor throughout the film. I’m not sure if a lot of the best elements of this film would’ve sounded appealing on paper – overly dramatizing some moments that experienced directors would’ve kept subdued or making for outrageous crowd-pleasing moments from moments of history that more than likely didn’t go down like that. Somehow, these small little touches work to Marshall‘s benefit. Specifically speaking, the final courtroom sequence in the third act is far from perfect and features some questionable writing, but it is totally memorable to me because of how well it wraps up the case and makes for a crowd-pleasing, highly amusing moment.

Aside from a handful of great performances, the best elements of Marshall are when the film addresses bigotry and digs into the psychology of bias in the courtroom. These moments aren’t fully fleshed out to completely satisfy those looking for something to completely rave about, but they are completely sincere and rather heartwrenching at points – which is more than I can say about other films I’ve seen in recent memory. This is a film that certainly has its faults in many different technical and writing categories, but it ultimately succeeds by being such an entertaining and ultimately timely story about a figure who deserves for this to be the first of many when portraying his life and accomplishments. 3.5/5. 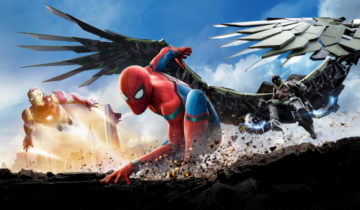