I will start by saying that I’ve officially never seen any of the “Mad Max” movies featuring Mel Gibson before. I’ve seen bits and pieces, here and there, on TV, so I can’t make a comparison. However, I think it’s a good thing to not compare this to the others as it’s meant to start off a new franchise, a reboot of sorts. Directed by original franchise helmer George Miller, “Mad Max: Fury Road” is a non-stop bad-ass thrill ride, and I can’t wait to ride it again!

Real quickly I can get the few things that bothered me out of the way. There were a few of the female characters that were not only lame/under-developed, but the actresses were just terrible. This actually doesn’t make that big of an impact as they are given very few speaking lines, but the VERY brief moment where they had the spotlight made me cringe. Add to this that there wasn’t too much development of the main baddies, and you have a story that focuses on its main characters only, and that’s not necessarily a bad thing. Would it have been nice to know a bit more back story about the evil-doers? Sure, but it doesn’t detract in the slightest from the enjoyability of this visual masterpiece.

The cast really went all in on this one, especially Charlize Theron. Despite this being called “Mad Max: Fury Road” Charlize’s Imperator Furiosa really steals the show. The one-armed bad-ass is developed just enough to make us want either a prequel following her, or a spin-off sequel, just so we can learn more about her character, and see her kick a bit more ass. That being said, Tom Hardy as Max Rockatansky was an excellent choice. He is such a diverse actor, and he can play the strong silent type really well. Just through his body language he expresses the internal torment of his character, and that’s something that doesn’t come easy to actors. Nicholas Hault did a great job with his wacko character, Nux. He made it seem effortless portraying a character that is equal parts insane/evil and broken/misunderstood. Through him we are able to sympathize with the plight of an entire group of people.

I really enjoyed the story here, as it has religious overtones mixed into the post-apocalyptic world. We are introduced to a bad guy that rules over his people, but he doesn’t use fear to control them. He actually uses hope to convince them to do his bidding, and has them convinced that what they do will usher them to Valhalla. This leads us to having complex baddies in the sense that you almost feel bad for as they go crazy, and blow themselves up to stop our heroes. It somewhat ties into certain cultures in our actual world, something director/writer George Miller always slips into his films (social overtones).

With this somewhat unique take on the post-apocalyptic world/bad guys, though some might draw some obvious comparisons to “The Book of Eli,” we are also given some incredible visuals. Miller pleases the audience by not relying heavily on CGI, something Michael Bay could learn a lesson or two from. Miller instead relies more heavily on practical effects, and actually crashes real cars into each other. Not only does it look more realistic, obviously, but it feels more realistic. This intensity adds another layer of excitement for the audience, and when mixed with the incredible score and excellent cinematography it really gets the blood pumping. From start to finish there is barely a moment’s rest for our weary protagonists, and that helps take this 2+ hour long flick, and turn it into a thrill ride that never wears out its welcome.

Despite the long wait on this to be released, due to filming and post-production issues, every single day of delay was absolutely worth it. This is the action film that Hollywood needs, and that we deserve. I appreciated that, despite the gritty wasteland feel, they didn’t rely on excessive gore to shock and awe audiences, and instead let the action sequences speak for themselves. This is an old school film for a new generation, and it works well. Not only is “Mad Max: Fury Road” the best action film this year, but it’s the best action flick in many years. Amazing cinematography, bad-ass characters, strong female leads, amazing effects (both practical and special), and an easy-to-follow story make this a must-see thrill ride! 4.5/5 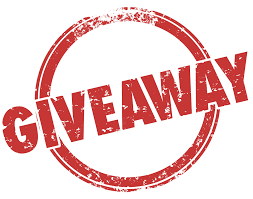