Long Shot is a raunchy rom-com movie written by Dan Sterling and directed by Jonathan Levine. Starring Seth Rogen and Charlize Theron. Going into a comedy movie with Seth Rogen as the star actor you would think that you already know what you are getting yourself into.  The Star has had the same roles over the years.  This movie was a pleasant surprise to see a difference in story. It played off of modern jokes and pop culture references which worked in the benefit of comedy rather than a quick, relatable reference to show us.  Seth Rogen and Charlize Theron had a unique chemistry on screen that helped move the story forward and made us like these characters.

Fred Flarsky is a gifted and free-spirited journalist who has a knack for getting into trouble. He recently lost his job by quitting for standing up for what he believes in. Fred has a run in with the secretary of state who was also his old babysitter,  Charlotte Field. Charlotte Filed is a bright, sophisticated and accomplished politician.  Both are polar opposites but Miss Filed needs a writer and decides to hire Fred. Soon after, life catches up with them quickly as they begin to fall for one another.

This movie was a genuinely funny movie to watch for the most part. The plot does try to take itself a little too seriously with the back and forth contrast of whats going on with Charlize Theron’s character with her job and what see does with Seth Rogen’s character.  Other than that there were no major issues with this. If you like inappropriate jokes on modern times, or just enjoy Seth Rogen for what he does than this is a great movie to see. Not going to be the most memorable movie out of all the comedies out there but it is a good watch to have with a group of friends.

The movie sat a good run time. There is never really a dull moment within the film, the audience will always be entertained. The set design was decent. Everything just seemed to fit well within the limits of what the director was trying to do. Jonathan Levine did a pretty great job directing. This film will be one of the better ones to stand out in his filmography. So if you want a good laugh or just to have a genuinely good time at the movies, check this one out. 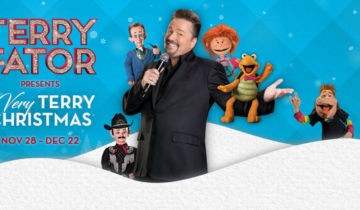