Ben Affleck made his feature-length debut with a Dennis Lehane novel back in 2007 with Gone Baby Gone. This started a string of both relatively commercially successful films, as well as critical darlings. Argo even went on to win Best Picture at the Oscars back in 2013, sealing the deal for Affleck to be WB’s golden boy and top pick for Batman. He returns behind the camera for his fourth film with Live by Night, also adapted from a popular Lehane novel. Taking place in the 1920’s during the Prohibition Era, Joe Coughlin (Affleck) decides to break from societal norms and any ethics after returning home from war and seeing the brutalities that violence causes. He decides to become an outlaw and play by his own rules, since discovering that rules aren’t strong enough to withhold amidst anarchy. The film follows him throughout the ups and downs of his life, and his eventual rise into becoming a notorious Gangster in Florida.

The reviews for this film have been far from kind, and the early tracking for limited release make it seem it won’t be too commercially successful either. I managed to see this pretty late to the game (yet still ahead of its theatrical wide-release) and I can honestly say that my lowered expectations helped me out greatly; as I really enjoyed this film. One of the first sequences of the film is an intense and witty robbery of a poker-game in Boston, which Joe is a small-time outlaw. This entire sequence is done in one-shot, and it is masterfully executed. While the film never quite reaches those heights again, it still remains to be an entertaining film nonetheless. For two main reasons – one of which being the phenomenal action set-pieces that Affleck delivers. The other is how smoothly he explores the ropes and tricks of the trade to this line of work; from the failed businesses that he encounters and how he works shady dealings like nobody’s business, just to get what he wants.

Another plus to Affleck’s direction was how seamless his world-building is here. Much like Argo, he walks a very tricky line of putting in just enough detail to the backdrops of the city and the mannerisms of each character – yet maintains a sense of subtlety to where it doesn’t feel too much like a film. You genuinely get immersed in this world, and that is one of the highest pieces of praise I could possibly give the film. Another thing that I admire about Affleck’s direction is how ambitious he can be and how much heart he has for whatever he chooses to tackle. In Live by Night, there’s a lot of underlying themes of religion and ethics being lost underneath the cruelties and senseless violence that we endure. The main source of all these metaphors and undertones is throughout Elle Fanning’s character, who goes to L.A. to become an actress and becomes back a junkie, just to eventually become a puppet for the church and preach down people’s throats. This threatens Joe’s business and eventually we get a bunch of mumbo-jumbo about religion vs. crime. It’s so admirable, but also underdeveloped and weighs down on the films biggest strengths; making Live by Night simply really entertaining opposed to one of Affleck’s best.

The story is undeniably all over the place as it moves from plot-point to plot-point with zero hesitation and there’s easily a decent 15-minutes you could trim off here, and the film would benefit greatly from it. There easiest trimming that could be done is specifically a plot-point introduced at the beginning that comes back at the end, with pretty much zero-correlation or need for it to come full circle again. I’m aware what Affleck was trying to do to make it feel meaningful and like a full-circle story, but it felt needlessly forced. Even with all of those negatives being said, Live by Night is simply a case of the good overweighting the bad, servicing greatly from solid performances all around (specifically Chris Cooper, Elle Fanning, and Affleck himself) and steady direction; proving once again that Ben Affleck is one hell of a director. This is a damn’ solid “worst movie” to have on your resume, Ben. 3.5/5. 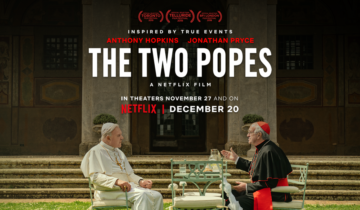