Due to solid performances and direction, Lights Out is a well-made horror film worth seeing in theaters.

The cast of Lights Out includes the following: Teresa Palmer (Warm Bodies), Gabriel Bateman, Alexander DiPersia (I Am Legend), Maria Bello (Prisoners), Alicia Vela-Bailey, and Billy Burke (The Twilight Saga). Palmer portrays, Rebecca, a young woman struggling with the weight of her past. This character is made likeable by the fact that her father “abandoned” her and she strives to protect her brother from Diana, an evil entity. Unlike her abysmal work in The Choice, Palmer’s emotive work and charisma are wholly convincing: every expression of terror and love is authentic

Thanks to the bond between Martin and Rebecca, each scene featuring Bateman and Palmer is compelling. Screenwriter Eric Heisserer (Final Destination 5, The Thing) gives both characters similar story arcs: both Palmer and Bateman struggle with their mother’s psychological issues and have been haunted by Diana. Martin and Rebecca’s desire to protect one another at all costs helps establish this film’s heart in that the audience care whether these two characters survive or not.

Maria Bello gives a strong performance as Sophie, a mother struggling with the abandonment of her first husband and Rebecca, as well as the recent death of her second husband. While many actresses would have overplayed her manic tendencies, Bello conveys the weight and pain of her demons. Although she is able to deliver several lines in unsettling ways, her motherly tendencies are just as well-handled.

Although the impact of the strong performances in Lights Out cannot be overstated, director David F. Sandberg deserves praise as well. In his first feature-length film, which is based upon a short film of the same name, he provides an atmosphere of dread and terror throughout. This is evident in how Sandberg includes frames in which Diana moves without any loud sound: allowing the audience to see what is coming, even though the characters do not, establishes tension and terror effectively. Also, Sandberg’s framing emphasizes but never overstates the terror in each person’s face as they face Diana’s wrath.

Diana, who is portrayed by Alicia Vela-Bailey (Avatar, Divergent), is a deity that haunts the family in this film. Due to her unsettling performance and animal-like movements, this character becomes more and more horrifying each time she appears. Sandberg avoids showing Diana up close until the final act. Not being able to see her true appearance creates a shroud of mystery and doubt, which further intensifies the audience’s terror.

While Lights Out is an entertaining horror film, there are a few flaws that prevent it from being great. For instance, the fact that David F. Sandberg includes a lingering shot of Rebecca examining scars near her elbows, yet never includes a flashback of when or how this happened is sloppy. Without a pay-off for this shot, it makes the audience wonder whether her character having scars was significant enough to keep it in the final cut. Sandberg and Heisser do include a well-utilized flash back to Rebecca’s childhood, but they missed opportunities to show more of what she endured.

At first, Eric Heisser strives to provide a realistic depiction of what taking a child away from their mother entails until this plot point is dropped suddenly. In the first half, Andi Osho’s Emma, a Child Protect Services worker, is an obstacle for Rebecca’s quest to take Martin away from their mother. In the second half, her character is not included in any way. Thus, her character seems to only exist to further the plot. Even though Lights Out is well-paced, many of these plot points could have been fleshed out more effectively in a 90+ minute film.

Despite these minor flaws, Lights Out is consistently engaging and terrifying horror film. The main characters are well-developed enough to make audiences care about their fates.

Rating: PG-13 for terror throughout, violence including disturbing images, some thematic material and brief drug content.

*Notable Easter Egg – James Wan, who produced Lights Out, is set to helm Aquaman, an entry into the DC Extended Universe. In Martin’s bedroom, there is a poster featuring the Justice League, which is a form of promotion for Warner Bros. Pictures’ The Justice League Part One.

Due to solid performances and direction, "Lights Out" is a well-made horror film worth seeing in theaters.
3.5/5

Teresa Palmer gives one of the best performances of her career. All of the other actors and actresses are invested in their roles. Director David F. Sandberg expertly builds and maintains suspense throughout "Lights Out." 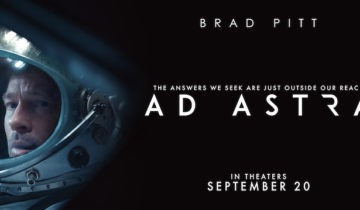