“Laggies” is one of those odd films where you have a likeable cast, who put in good performances, portraying a bunch of completely unlikeable characters.

Keira Knightley is Megan, a woman in her late 20s who is stuck in the same social group (and mindset) from high school.  After suffering a bit of an emotional breakdown, she befriends Annika (Chloë Grace Moretz) a high school senior who seems to have it more together than her.  Megan, overwhelmed by her fiance’s proposal, chooses to hideout at Annika’s house for a week while she figures out her life. Here she meets Annika’s father, Craig (Sam Rockwell), whom she quickly falls for.

The biggest problem in the film is how unlikeable all of the characters are.  Craig, is the only person with any semblance of reason, but by the final moments of the film, even his sanity has fallen by the wayside.  We’re meant to see Annika as a lost soul, misunderstood by those around her.  But in reality she is a selfish liar that has no qualms lying to every person she knows.  She offers nothing to anyone that doesn’t come at a selfish price. In an effort to make Megan more likeable, first-time screenwriter Andrea Seigel makes her clique of friends so completely out of touch they are almost cartoonish.

With good performances all around, and some rather good camerawork, the script is really the culprit with the movie.  It feels completely out of touch and devoid of logic. Sam Rockwell’s handful of scenes are the only time this film truly shines. 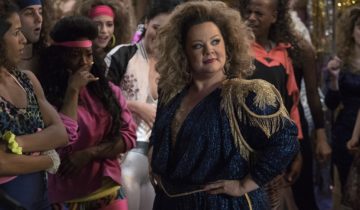