Whoa! It’s possible that “John Wick” may be the best American action/revenge flick of the past decade.

The premise is old. A hitman gets out of the business, but tragic events drag him back in, and he extracts his vengeance upon all who deserve it.  But while the story may be as old as time itself, first time co-directors David Leitch and Chad Stahelski craft a story that is fresher, more exciting, and more touching than any other action flick in recent memory.

Keanu Reeves is John Wick, the man you call to kill the boogeyman.  Back in his day he was a force of nature, unstoppable.  During the quiet, touching, opening moments of the film we learn he gave it all up for a woman, his wife, whom he recently lost to a terminal illness.  These establishing scenes pass quickly, almost too quickly, but they provide us with an emotional background to our anti-hero which makes us root for him even more.  When’s the last time an action film took the time to stubbornly jerk tears from your eyes?  Soon he is off, reuniting with old friends and associates, reminding everyone why you should let sleeping giants lie.

“John Wick” reaches near perfectionism in this genre.  The script is tight, and sharply funny at times.  The dialogue between characters is both compelling and fun.  Some of the biggest laughs come from single word response, and yet, at other times we are treated to small poetic monologues. Visually, the entire film is a treat. The palette, the shots, the long takes during the fight scenes, all are awesome.  Nearly every American action film butchers action sequences with quick short-cuts and disorientating closeups.  This is usually to hide the poorly staged/rehearsed choreography.  Not so with “John Wick.”  Most of the breathtaking sequences are filmed in wide tracking shots with minimal cuts.  Keanu treats us to a ballet of death as he smoothly works his way from one bad guy to another, quickly dispatching most with a crippling blow or double-tap. Further cementing this film’s awesomeness is the supporting cast.  Michael Nyqvist as a menacing Russian Mafia boss.  Alfie Allen (Game of Thrones) as his over-privileged son.  Willem Dafoe and Adrianne Palicki are also present as rival hitmen(women).

For once the movie lives up to what the trailer promises.  Plus, with a surprise third act, we get even more story than expected.  “The Raid 2” has more and arguably better action, but as a whole, “John Wick” is a superior film, and plus it has heart.  Don’t wait to see this one on disc, a rare film like this needs to be supported while still in theaters. 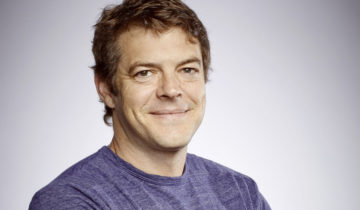