Universal’s Bourne franchise detoured with the Matt Damon-less The Bourne Legacy in 2012 (with Jeremy Renner taking the reigns as lead kickass hero in the action thriller), while Jason Bourne – the fifth installment in the franchise, and the third to reunite Damon and director Paul Greengrass – proves there’s still a lot of kick in this series, making Jason Bourne a finely tuned and worthwhile revamp. Nine years after The Bourne Ultimatum, Matt Damon returns to his most famous role as the titular Jason Bourne, a formerly amnesiac CIA assassin and product of Operation Treadstone. Come time of Jason Bourne, Nicky Parsons (Julia Styles) helps clue the perennial man-on-the-run into his mysterious and tragically tainted past – a move which sets off many a number of action set pieces and the resulting hunt by the Asset (Vincent Cassel), who will go to any and all lengths to erase Jason Bourne. The newest installment also introduces cyber crime genius Heather Lee (Alicia Vikander) and CIA director Robert Dewey (Tommy Lee Jones), both who become entangled in the globe-spanning plot that asks (and explores): “Who is Jason Bourne?”

Jason Bourne is the most intimate Bourne yet, delving into the familial history of Bourne as government forces conspire against him. Everything feels relatively smaller scale – despite hitting locations across the world including Iceland, Greece, London, and Las Vegas – and it works for Jason Bourne, making it a taut and enthralling thriller that, in true Bourne fashion, unravels just enough mystery amidst a flurry of rousing punches and kicks. Tommy Lee Jones’ Robert Dewey is, also in true Bourne fashion, another shadowy government stooge who, aware of his top-shelf knowledge and abilities, wants Bourne brought back in. Vikander’s Lee is used to help facilitate this, despite her growing reservations and distrust towards her boss. The brightest addition here is Vikander, who holds her own as both an actress and a character surrounded by heavyweight actors and serious government types.

Director Paul Greengrass – taking the helm for a third time after The Bourne Supremacy and The Bourne Ultimatum – delivers what you expect of him, with well-handled and well-shot action; some of the best you’ll see all summer. Each action setpiece is exciting and full of adrenaline, only infrequently being frustratingly indecipherable with the kind of shaky-cam that sells the chaotic and frenetic energy of the moment. The shaky-cam is reigned in enough that it’s more exhilarating than confused, despite the mix of rapid punches, kicks, blows, gun shots, and explosions. There’s an excess of close-ups and the cinéma vérité, hyper-realism style can grow thin for many, but the plot and unraveling story thread is enough to ward off any feelings of distraction from style. Frantic, kinetic, and visceral, Greengrass’ action sequences make you feel every blow – delivering the same kind of intrinsic action series fans would expect to see long before claiming their seats in the theater. Major action scenes set amid an anarchic riot in Athens and a destruction-heavy climax on the Las Vegas Strip are pulse-pounding crowd-pleasers, making for a balanced blockbuster that plays to both the mind and whatever part of our brain it is that likes to yell “hell yeah” as Bourne finds a uniquely inventive way to take a guy down.

Jason Bourne is the kind of satisfactory popcorn-munching ride perfect for summer moviegoers, especially those who’ve had their share of animated fish, pets, and prehistoric creatures. Smart, engaging, and entertaining, Jason Bourne may not be as sharp and as finely crafted as The Bourne Ultimatum, but Damon’s fourth turn as Robert Ludlum’s badass CIA assassin is more than serviceable enough for both longtime series fans and newcomers alike. A devilishly clever closing scene will leave you with a shit-eating grin, and the final moments of Jason Bourne can serve as both series finale or sequel set up – if audiences want more, we’ll probably get more; if not, Jason Bourne is a satisfactory close that never feels like a tacked-on afterthought to its superior predecessor, The Bourne Ultimatum. Much like Jurassic World or Star Wars: The Force Awakens, this latest franchise installment-slash-series revival doesn’t reinvent the wheel – but it does make turning the wheel a hell of a ride. Welcome back, Bourne – hope to see more of you. 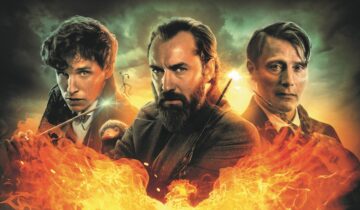