I typically don’t gravitate towards films that depict terrorist attacks, let alone films that try to recreate them for action or suspense. While I’m sure most filmmakers have their hearts in the right place, it’s ultimately hard for me to watch films like this and find any sense of enjoyment or look at it as a piece of art. I simply can’t separate it from the tragic reality. However, if we have to continue to get films like this, they should be made within the same vein as Hotel Mumbai. A film that gives just enough context and understanding as to what the terrorists wanted to achieve and why they did what they did, but is primarily focused on the heroism of the guests and employees who fought back. This is how it should be done.

The film is a brutally honest and gritty depiction of the attacks on the Taj Mahal Palace Hotel in Mumbai back in 2008 by Pakistani militants. The film follows both guests and employees as they fight for survival in the midst of the attacks. The film is full of recognizable actors such as Dev Patel, Armie Hammer, Jason Isaacs, Anupam Kher, and Nazanin Boniadi – but it is very much an ensemble film that is focused on the larger event and various stories, as opposed to following one character in particular.

With that being said, you still get enough context and understanding of each character to where you feel like they, hopefully, did these real people justice. All of these threads add up for a resounding message about humanity and fighting for survival in the face of pure evil. One of the best moments in the film features Anupam Kher’s character telling his staff that they can try to escape without any consequences, and a member of the staff telling him that he has worked in the hotel for many years and won’t leave now. These are the types of stories we need to be telling. The stories about the actual heroes, and people faced with unexpected life or death situations, who acted beyond bravely.

While the film might have one too many set pieces for my liking that felt a bit repetitive after a while, it’s undeniably a heartfelt loveletter to this hotel and the employees and guests who lost their lives on this day. It’s made with enough precision, heart, and respect that it’s one of the better “true event” type films to cover a terrorist attack. 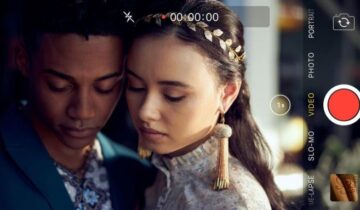