REVIEW — “Guardians of the Galaxy Vol. 2”

Marvel Studios’ Guardians of the Galaxy was an out-of-left-field hit in 2014, the space opera action comedy featuring a lesser known cast of characters that would go on to become A-list movie stars, much like Iron Man, Captain America, and Thor before them. The troupe of galaxy-saving a-holes — Peter Quill aka Star-Lord (Chris Pratt), Gamora (Zoe Saldana), Drax (Dave Bautista), Rocket Raccoon (Bradley Cooper), and Groot (Vin Diesel) — are back, and the galaxy is even bigger than before. Blue space hillbilly Yondu (Michael Rooker) and the scorned and cybernetically-enhanced Nebula (Karen Gillan) are in on the action, as the Guardians find themselves entangled in a cosmic plot propelled by the sudden appearance of Peter’s mysterious, long lost father (Kurt Russell).

Facing opposition in the form of a ragtag group of space pirates known as the Ravagers, and finding themselves pursued by the vengeful Ayesha (Elizabeth Debicki) and the Sovereign, our heroes have a lot on their plate. Guardians of the Galaxy is Marvel’s Star Wars, so it’s fitting to compare the latest Marvel offering to The Empire Strikes Back, which separated our heroes for most of its running time. That strains Vol. 2, as the middle portion of the movie sees Peter, Gamora, and Drax unraveling the mystery behind Russel’s Ego, while the exiled Yondu teams with Rocket and (baby) Groot, facing consequences for stealing a pair of pivotal space batteries.

Guardians of the Galaxy and its sequel put an emphasis on family and belonging, and while the misfit family being largely removed from one another for most of Vol. 2 is part of the point, the sequel is at its weakest when the gang are stars apart. Peter spends a large chunk of the movie confined to Ego’s Wizard of Oz-like planet, really only getting to play hero in the movie’s earliest and final moments, while Gamora works on the relationship with her rage-fueled half-sister, leaving Rocket and Groot to bond with Yondu as Drax forms a connection with Ego’s “pet,” the empathetic Mantis (Pom Klementieff).

More character oriented than standard blockbuster fare, Vol. 2 is the most emotionally heavy-hitting movie yet of Marvel’s stable. (The last ten minutes alone will have you thanking the movie gods for Marvel’s post-credits tags, of which there are five in Vol. 2.)  The followup leans into some tropes a little easier than its predecessor and isn’t as fresh as Guardians of the Galaxy, but there’s more than enough here to prevent the film from feeling like a retread or a “greatest hits”: Baby Groot is an expected show stealer, Yondu becomes the breakout star character of the summer, and the action-packed, see-it-to-believe-it climax is a fun treat, especially in IMAX 3D.

In Marvel terms, Guardians of the Galaxy Vol. 2 is better than Iron Man 2 and leagues beyond Thor: The Dark World (Marvel Studios’ weakest movie), but it doesn’t reach “better in every way” status in the way that Captain America: The Winter Soldier was a better part two than Captain America: The First Avenger (a great first movie). With such a fantastic groundwork laid in Guardians of the Galaxy, the sequel could have followed The Dark Knight, Spider-Man 2, Captain America: The Winter Soldier, X2: X-Men United, and The Empire Strikes Back as one of the rare sequels that are even better than the first movie.

Instead, Vol. 2 is more comparable to Back to the Future Part II: a great movie and a fun and worthwhile followup, just one that doesn’t manage to hit as many highs as its predecessor. Director and writer James Gunn is already confirmed to return for Vol. 3, which — like Captain America: Civil War — has enough ammunition in the tank to possibly be the best of the trilogy. That would leave Vol. 2 as the middling, well, middle installment, but a “pretty good” Marvel Studios movie is still better than most summer blockbuster offerings. And like most Marvel Studios productions, anyone open-minded and looking for some fun should leave the theater mostly satisfied. 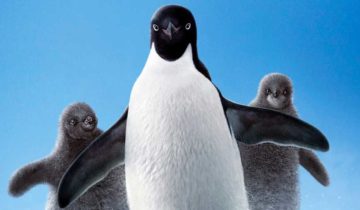