Home›Movies›REVIEW — “Dumb and Dumber To”
Movies

It may be painfully stupid, but you can’t help laughing throughout “Dumb and Dumber To,” a sequel 20 years in the making that relies more on nostalgia than fresh laughs.

It’s been two decades since we first met Harry & Lloyd (Jeff Daniels & Jim Carrey)  Back then, these two “men” somehow found a way to be criminally stupid yet strangely endearing.  It’s amazing, when you think about it, that these two guys are likeable at all.  They take advantage of the blind and elderly, they lie, steal, and cheat their way through life,  and they wouldn’t hesitate to drug their best friend for a one-in-a-million chance of hooking up with a girl.  But at the same time there is a twisted sense of honor and loyalty between them.  It’s this kind of loyalty that kept Harry visiting comatose Lloyd at a mental hospital during all this time between films.

Lloyd is soon back to “normal” and the duo quickly begins a journey across the US to track down Harry’s illegitimate daughter, leaving a trail of disasters in their wake.  Again, their incredibly self-centered motivations should be a lot more off-putting than they are.  It’s about this point that we being to notice strong similarities between the two films.  A MacGuffin is introduced which in turn draws a few murderous villains into the plot.  Even a number of the jokes are the same.  This homage/rippoff of the original leaves us wondering; will this movie play better for a younger generation unaware of the first, or is it the nostalgia that helps carry the film for fans of the series?

That being said, the movie is quite funny, sometimes more than it has a right to be.  With most eyerolls comes a chuckle, with some chin-drops a guffaw. The majority of the jokes you can see coming a mile away, but thankfully the biggests laughs suddenly appear from left field, broadsiding the audience.

Yes, this movie is dumb, dumb, dumb.  But it also makes you laugh.  And in a year of lousy comedies, it actually ranks among the best, even if it is a knock-off of its own source material. Honestly, it’s almost worth the ticket price just to see Jim Carrey’s rubber face back in action again.

Note:  Keep an eye out for the hidden Bill Murray cameo! 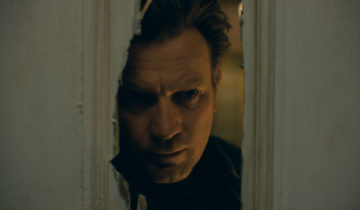