Don’t Think Twice is written and directed by comedian Mike Birbiglia and stars Mike Birbiglia, Gillian Jacobs, Kate Micucci, Tami Sagher, Keegan-Michael Key, and Chris Gethard. It tells the story of one of the members The Commune, a popular New York City improv troupe, getting a huge break causing the rest of the group – all best friends – to start to realize that not everyone is going to make it after all. As a huge fan of Mike Birbiglia’s standup comedy, I was very excited for this. Now the question is, is it any good?  Don’t Think Twice is a hilariously haunting and honest look at friendship and fame. With great performances and a heartwarming message, Don’t Think Twice causes you to laugh, cry, and contemplate your future. Mike Birbiglia is directing here and this is by far his best work. It is much, much better than his first outing in the director’s chair, Sleepwalk With Me, and a lot of the problems it had are fixed or improved upon here. Don’t Think Twice is directed with an honest and unflinching look at the pursuit of fame. Mike Birbiglia obviously has lived in the New York comedy scene and his knowledge and love of that life add a huge deal to the project. This was directed with a huge sense of love and appreciation for the material and this was clearly a passion project for Birbiglia. Fair warning, after watching this you may have a midlife crisis. Our characters all slowly realize they’re not as young as they think they are and their dreams are just that, dreams.  Anyone wanting to peruse comedy may actually be discouraged after watching this. His direction is haunting and honest.

Birbiglia also wrote the script and while also being better than the script for Sleepwalk With Me, is the most impressive part of Don’t Think Twice. The improv scenes are so spot on that I wouldn’t be surprised if they were actually improvised. He clearly as a vast understanding of the art of comedy and he has woven together something truly special. With sharp and clever dialogue, mixed with an interesting and heartfelt story, Don’t Think Twice is a truly special movie. Birbiglia’s writing had a very personal effect on me, in the same way, his stand-up does. His writing is honest and brutal and does not shy away from hard subjects. Birbiglia blew me away with his writing and a Best Screenplay Nomination, while unlikely, would be earned.

Now the acting here is all great. The standouts are Mike Birbiglia, Gillian Jacobs and Keegan-Michael Key, all of which giving the best performances of their careers. Specifically Keegan-Michael Key delivers a very strong performance that really impressed me. The entirety of the cast delivers a strong, heartfelt and emotional performance. They completely slip into these characters and create real people. Mike Birbiglia is also phenomenal here and goes to emotional places I didn’t know he had in him. Another compliment to the writing, these actors perfectly act improv and make it look convincing. As someone who has done improv before and hates it, they certainly do a fine job of showing it go well, and it bombing horribly. They are really blessed with Birbiglia’s script.

As far as the technical aspect of Don’t Think Twice isn’t anything too special. Not to say that anything is bad it is just adequate. The cinematography is very flat and the color pallet is okay. The score is alright, but I honestly don’t remember any of it. Don’t Think Twice doesn’t really need an amazing cinematography or a great score as they are just elements used to tell the story. The acting and the screenplay are the highlights here and are reason enough to buy a ticket. The acting is genuine and the script is unflinchingly honest. It is hard to watch at times but it’s definitely worth it. Not to say this is a drama, it is very funny and has some truly hilarious scenes. While it’s certainly not Sausage Party or Keanu, this is a comedy to see.

This scathing review has basically been an amalgamation of the intense feelings I felt after watching this. It truly made me think about my future and what I really want to do with my life. Don’t Think Twice is an emotional comedy with more to offer than most of this year’s films. Great acting, directing, and a phenomenal screenplay makes Don’t Think Twice it one of this year’s best. 4.5/5 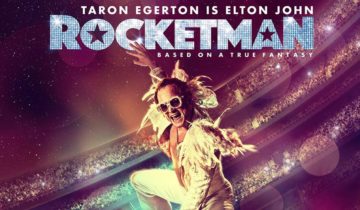