Marvel Studios – the production company forged out of Marvel’s desire to self-produce live-action features based on their Marvel Comics characters – kicked off what would go on to become the highest grossing franchise of all time with 2008’s Iron Man, a film starring a then B-list superhero. The Marvel Cinematic Universe, an interconnected franchise comprised of films, television shows, comic books, and short films, was built on the backs of characters who – at the time – were untested and unproven on the big screen, with nearly all of Marvel Studios’ biggest hitters going on to become biggest hitters despite having never reached the level of multi-media popularity of A-list superheroes like Superman, Batman, and Spider-Man.

Iron Man, Captain America, Thor, Black Widow, the Guardians of the Galaxy, Ant-Man, Black Panther – all household names because of Marvel Studios, whose filmography has comprised some of the biggest hits of the past near decade. Marvel hallmarks like Spider-Man, the X-Men, and the Fantastic Four had all been sold off to other studios like Sony and Fox, and it was only recently – with Marvel Studios’ Captain America: Civil War – that the web-slinging superhero found his creative destiny back in the hands with Marvel, while less fortunate properties remain in the tight-gripped paws of competitors. Even without the screen rights to their biggest names, Marvel Studios paved the way with B-listers like Tony Stark, Steve Rogers, and Peter Quill – all who are now A-listers and whose box office takings either rival or exceed those of their more well-known colleagues.

Doctor Strange – the latest Marvel Studios blockbuster starring a character whose name would elicit a “Who?” when said to anyone but the most dedicated of comic book fans – is poised to be Disney’s latest box office behemoth, likely ending up in the neighborhood of the comparable Ant-Man or Guardians of the Galaxy. Mind-bending and inventive, Doctor Strange is decidedly a Marvel movie – even with how unlike a Marvel movie it is. All the things you like about Marvel Studios are present in Doctor Strange: the humor, the well-crafted story telling, the lively and memorable characters who are expressed in such a way that moviegoers who have never so much as heard of the Eye of Agamotto or the Sanctum Sanctorum will leave the theater proudly declaring themselves fans of the newly elected Sorcerer Supreme. Marvel does a lot of things right, and one of the things they do best is taking concepts that really shouldn’t work and making them work in a way that’s pleasing to both diehard comic book lovers and newcomers alike.

People thought Guardians of the Galaxy sounded crazy – and it is and was – but it was one of the biggest hits and crowd-pleasers of 2014, because Marvel made it and sold it in a way that made it not only believable, but relatable. Ant-Man similarly won out with audiences despite sounding like a family-oriented flick straight out of the Regan era. And for all its trippy out there-ness, Doctor Strange knows when to straddle the line of not veering off into too far gone territory – the kind of stuff that’s too out there to be welcomed and embraced by a general audience. Doctor Strange won’t be a cult classic relegated to late night showings. As, well, strange as it is, Doctor Strange is mainstream and will invite the same “cookie cutter” criticisms often flung in Marvel Studios’ direction, but there’s enough of the familiar here for you to feel comfortable while also offering up the kind of shit you haven’t seen in any Marvel movie – or any movie, period. Like the latest iMac or iPhone, there are aspects to Doctor Strange that are recognizable – Marvel Studios has a style, and its one that obviously works for more than not – but there’s also a whole lot to this newest model that you haven’t seen before, and there are features that you haven’t gotten in those older models.

Doctor Strange has the tight story telling and self-contained origin tale of Iron Man, the awareness and subversiveness of Guardians of the Galaxy, and the scale and grandness of The Avengers. This is a psychedelic action movie that’s all at once old school and groundbreaking, with set pieces rivaling – and exceeding – Inception, Christopher Nolan’s awe-inspiring actioner that the first Doctor Strange footage conjured images of months ago. The visuals and special effects are worthy of the Stan Lee and Steve Ditko comics that inspired them, and it’s what I imagine doing acid must be like – this shit is crazy. Doctor Strange has the unique opportunity of venturing into a territory many movies, superhero or otherwise, don’t get to explore, and it sets Marvel’s latest apart from anything that has come before. There’s no exaggeration in saying you’ve never seen anything like Doctor Strange, and its creativity and uniqueness is even more appreciated in a year where so many of its comparable competitors can only be described as bland, disappointing failures that offered more of the same.

Doctor Strange isn’t my favorite Marvel movie, and it doesn’t top 2016’s earlier offering of Captain America: Civil War – to me the benchmark of which all future Marvel Studios films will be compared – but so much of it works and so little of it doesn’t that director Scott Derrickson’s Doctor Strange is easily one of the best movies of the year, and by far one of the most fun and entertaining. Stephen Strange (Benedict Cumberbatch) is a charming asshole who – upon suffering a life-changing accident – embarks on a journey that puts him on the path towards becoming the Marvel universe’s Sorcerer Supreme. Cumberbatch effortlessly shines in his role as the master of the mystics, and co-stars Rachel McAdams, Chiwetel Ejiofor, Tilda Swinton, Benedict Wong, and Mads Mikkelsen are all welcome additions to the wider Marvel Cinematic Universe. You’ll be dying to see more of Mr. Doctor Strange – a short wait, considering you’ll see him sooner than expected before seeing him again in Marvel Studios’ upcoming Avengers: Infinity War.

Visually stunning and imaginative, Doctor Strange is packed with jokes, action, and the biggest mindf-cks befitting big screens everywhere. Seeing the film in IMAX 3D isn’t just recommended – it’s necessary. You could enjoy Doctor Strange on a fluttering VHS tape, as good as it is, but this is the rare theatrical offering that you’ll want to experience in the most grandiose and marvelous way possible – and boy, is Doctor Strange marvelous. Doctor Strange opens November 4th. 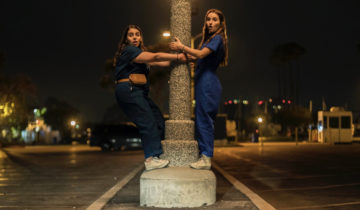