It’s nearly impossible to bring something fresh to the coming-of-age genre, let alone reinvent it. 2018’s Love, Simon felt like a fresh start because it was the first time we saw a tent-pole studio film feature an openly gay character coming to terms with his sexuality and have it be the focal point of the entire film. In 2019, we have Booksmart –  a film that naturally follows several LGBTQ+ characters, is focused primarily on women, deals with unique and interesting themes about the perceptions of this generation of teenagers, yet still manages to be a hilarious teen-party flick that is on the same level as Superbad. The film follows best friends Amy (Kaitlyn Dever) and Molly (Beanie Feldstein) – two over-achieving, lovable nerds who are at the tail-end of their high school experience. On the last day of school, Molly comes to the crushing realization that focusing primarily on school and her future resume might not have been the best idea. She discovers that the kids who partied the hardest were still able to get into the same prestigious schools as them, some already having job offers at places like Google. This causes the two of them to spiral into an existential crisis of sorts, and begin a mission to cram four-years worth of partying into one night prior to graduation.

This is the directorial debut of Olivia Wilde, an actress who has proven herself to be quite talented over the years. It’s always interesting to see what an actor can bring to the table when they step behind the camera for the first time, and how their perspectives can influence the way they craft their films. Wilde lists filmmakers such as Spike Jonze and Amy Heckerling as influences for Booksmart – and it definitely shows. The film has a very unique and striking visual style to the likes of a Jonze film, yet it has the hilarity and biting wit of a Heckerling film. I was in awe at how precisely crafted this film is from the get-go, as it starts with a burst of energy and confidence. Wilde not only completely nails the visual style of the film – but she has such a perfect eye for comedic timing. She utilizes editing, framing, and timing to her absolute advantage to get the most laughs possible. It’s also quite impressive how seamlessly she transitions into more serious subject matter, and how delicately the film deals with themes of sexual identity and the notion of not judging others by their general personas. So many coming-of-age films fall victim to generalizing teenagers as idiots or trying to box them into one specific character trait – but Booksmart brilliantly knocks down the notion that nerds can’t be fun or that sexually active people can’t be Harvard-material. Jocks can care about the SATs! 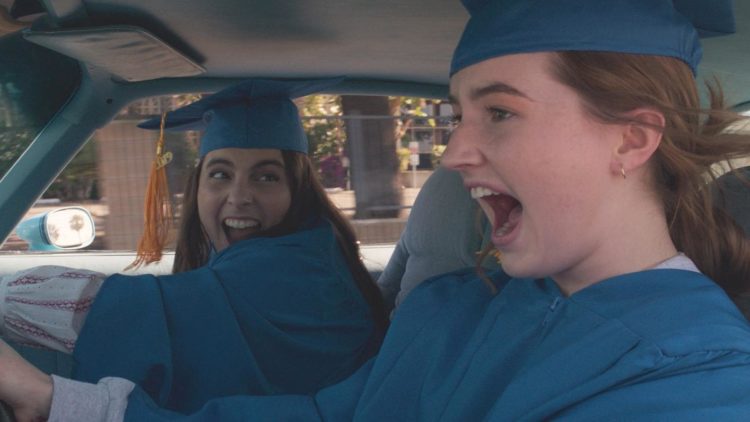 Wilde’s direction and the sharp screenplay at hand is a huge factor as to why the film works as well as it does, but without Feldstein and Dever as our leads, I feel like it would lack its core heart. The chemistry between the two of them is so infectiously delightful. From the opening moments of the film, you completely buy their friendship and get emotionally attached to them. The wonderful character development and naturalistic writing for the two of them serves as excellent groundwork for when the film hits its third act – when a lot of its subplots, side-characters, and themes come ahead and are fully addressed. Yes, a lot of the situations that these characters get themselves into are genuinely hilarious no matter what the context is, but the fact that you spend so much time learning about the type of people that our leads are and why these situations are difficult or exciting for them makes it 10x funnier than it already is. The film rides entirely off of setting up and paying off in big ways when it comes to situational, character-driven humor. Wilde understands the necessity of all this perfectly, and that’s what makes this an instant-classic.

What makes Booksmart feel so special is not that its ahead of its time, but that it feels so precisely and perfectly placed within our current day and age that it feels like a miracle of a film. As I mentioned above, it’s nearly impossible to reinvent the coming-of-age, teen-party genre – but Booksmart does it without flinching. You can have films about sex that aren’t misogynistic, you can deal with genuine themes of the fluidity of sexuality without it feeling forced but instead essential and nuanced, you can have a film that commentates on the stereotypes and cliches of labeling teenagers as sluts, dorks, or jocks – they are just simply people. As a college student who is still trying to come to terms with who I am as a person, it is so refreshing to see a film tell its audience that labels and perceptions simply don’t matter at the end of the day. The message of being yourself is one of the most universal of themes throughout the history of cinema, but Olivia Wilde happens to deliver it with so much sincerity and hilarity that it truly makes it feel truly special.