Blair Witch, directed by Adam Wingard and written by Simon Barrett, stars a cast featuring only James Allen McCune, Callie Hernandez, Corbin Reid,  Brandon Scott, Wes Robinson, and Valorie Curry. It tells the story of James who with a group of friends, upon discovering a video showing what he believes to be his sister’s experiences in the demonic woods of the Blair Witch, heads into the infamous forest in search of his lost sibling. This is of course a sequel to the widely successful The Blair Witch Project, and while this time around there is no question of it being real or not there is one question lingering in everyone’s mind; Is it any good? Blair Witch is a loving sequel to the original, but it sadly can’t help being another run of the mill horror flick. While it may be scarier than the first it lacks the creativity of it. 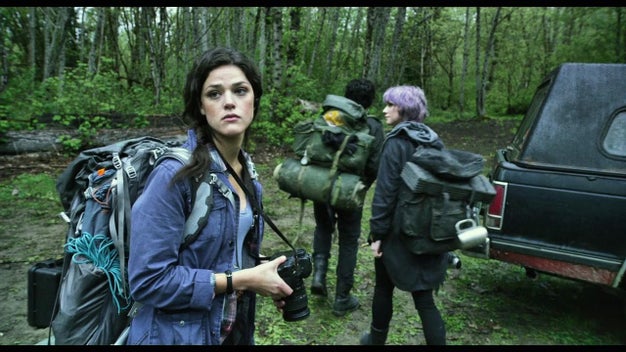 Adam Wingard and Simon Barrett are beloved by many. Having written and directed such projects as The Guest, and You’re Next they were seen as a breath of fresh air in the saturated genre of horror, and while they do bring a lot of genuinely good earned scares they can’t help but hit you over the head with lazy jump scares too. If I had a dollar for every time someone walked into frame with a loud unnecessary screech from the sound mixer I could buy a ticket for Don’t Breathe, a much better movie. That being said, it does house some great scares, many of which are built around sound effects. Whether it’s the creepy atmosphere or the various noises made from the title character, Blair Witch lives and dies by its sound design and it certainly uses a unique one. With a great mix of ambiguity and environment a lot of terror comes out of this flick when it’s not having a character touch another on the shoulder.

If they were going to make another Blair Witch, this is probably the best story they could of told. It stands alone as its own thing but does have its routes in the original. A lot (and I mean A LOT) of homage is given to the original. Whether it’s shot re-creations or retreads of the plot, it is full of The Blair Witch Project fan service. Also, for new comers to the franchise the story is suitable. The characters, while not unique, have good chemistry and surprisingly have a lot of good jokes to tell. I found myself laughing in this more than some of this year’s comedies. Brandon Scott is definitely the cast stand-out, he was a part of the best jokes and the best scares. James Allen McCune also does a good job. The only actors that didn’t work for me were Wes Robinson and Valorie Curry; They were a bit hokey. While that may of been the writing they were certainly overacting at points too. 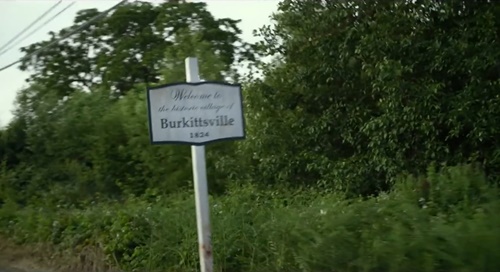 A few questions come to mind when talking about a new entry into the Blair Witch franchise. Is it better than Book of Shadows: Blair Witch 2? Absolutely. Is it as good as The Blair Witch Project? Absolutely not. You may notice I am making a lot of comparisons to the original, but they DID return to Burkittsville. Once they started production they new they had a lot to live up too, and honestly they didn’t. If this did not have the franchise name attached no one would be talking about it. For this to be the squeal to one of the most innovative and original horror films of all time it does nothing innovative or original. Aside from an admittedly great final act there is not much substance here. Blair Witch has a lot of run of the mill scares present, and while they are obvious winks and nods at horror cliches if you keep doing the cliches they’re no longer jokes, they’re just part of the story. For a director famous for diverting cliches, and flipping the genre on its head, Adam Wingard does none of that here.

Now this is not without its praises. The sound design is great, along with the set design; All the environments are very spooky. I mentioned the great third act, and I was not lying. The ending is genuinely terrifying, like white knuckle, outta breath, scary. It is tense, has great imagery, and adds to the Blair Witch mythology. It ties a lot of the plot together, and makes The Blair Witch Project a little better which is always a plus. In this 30 minutes I see Adam Wingard being Adam Wingard. If this was as good as the last 3o minutes we would have a masterpiece, and a new horror classic. Sadly it’s not. The ending also does not make up for everything else in here. Nothing in this is offensively bad, just very okay, and that somehow hurts more. I’m being hard on Blair Witch because this could of been great, hell, it SHOULD have been amazing, but it’s not.

Blair Witch is ultimately a disappointment, and we can’t do anything but be sad about it. It has some truly great moments, but a lot more truly mediocre moments. It sadly pales in comparison to other 2016 horror flicks like The Conjuring 2, Lights Out, and Don’t Breathe.

In short, Blair Witch is tragically below par and its great final act that can’t make up for it’s glaring mediocrity. I’m sad.

I still love you Adam Wingard, I’m just a little upset with you right now. 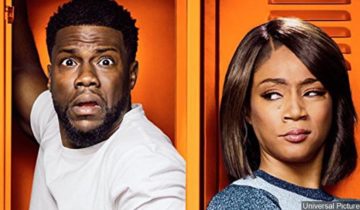