A film dripping with Michael Mann’s style but lacking a decent script to support it.

Hacker movies can be fun, but they all suffer from similar issues.  If it’s realistic, it’s likely to be boring or overly technical.  The flipside is the action packed, entertaining, flicks tend to abandon all logic and feature far too many scenes of “Furious Typing.”  Unfortunately, Michael Mann’s “Blackhat” doesn’t manage to elevate itself into either of these categories.  Instead it’s a mish-mash of beautiful shots, action-cliches, senseless plot developments, and $2 acronyms.

Chris Hemsworth plays Nicholas Hathaway, an expert hacker that has spent the past few years in federal prison.  After two successful, and one failed, major cyber-attacks the US government teams with Chinese agent Chen Dawai (Leehom Wang) and his completely unnecessary sister Lien (Wei Tang).  Since Chen and Nicholas used to write malicious code in college together, Chen is able to get him freed from prison to help on the case.  Techno-jargon and cliches ensue.

If you are a fan of Mann’s previous work, you’ll enjoy the look of this film.  It contains an overdose of his stylish, city night shots and some high-impact action sequences.  Sadly, the script makes the remaining 120 minutes unbearable.  All action films require a certain level of suspension of disbelief, but when the actions of multiple characters completely defy logic, what’s the point of following along?  There are also an incredible number of contrivances that force the crippled plot along.  Without giving anything away, if you were a government agent, would you have your cell phone set to NOT roam? And then hand it to a cybercriminal since you couldn’t figure out what was wrong with it?  Would you spend THOUSANDS of dollars on satellite images that apparently have no real purpose and could be found on Google Maps instead?  Would you spend untold amounts of money and time to devise an elaborate ruse that would alert the highest authorities to your presence all in an effort to attack a place that is apparently left unlocked and unstaffed? The list goes on and on.  Further insulting to the audience is the use of Chen’s sister Lien.  An early line of dialogue establishes her as a “Network Engineer that he can trust.”   However, by the end of the movie it is apparent she exists only to be a love interest to Hemsworth’s character.  Her dialogue is forced and she spends less time interfacing with technology than anyone else in the film!  (But plenty of Hemsworth interfacing…)

Besides some occasional cool visuals, this film is a glorious mess.  If you are in desperate need for some silly-cyber-action, stay at home and watch “Wargames,” “Hackers,” or “The Matrix” instead.

Spoiler:  Yes, Chris Hemsworth wears a black hat near the end of the film.

REVIEW — “The Boy Next Door” 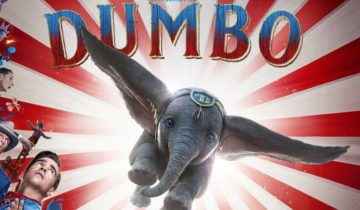