Suddenly without a job, Captain Robinson (Jude Law) finds the world no longer values his skill as a submariner.  After 11 years with one oceanic scrap company he is abruptly informed that the industry has changed and his experience has become obsolete.  A number of his fellow seafaring friends have also lost their jobs over the past year.  One is battling depression, another has taken up a paper route as his new employment.

Over drinks one of Robinson’s associates reveals the location of an old German U-boat that he discovered while employed by their previous company.  This particular U-boat,  resting at the bottom of the Black Sea, is rumored to contain millions of dollars in Nazi gold.  Represented by a “banker” (Scoot McNairy)  they secure the investment they need for this undertaking and begin assembling a team of men.

The first half of the film plays like a heist movie.  Coming up with the plan, assembling the assets, introducing the various characters and personalities.  The second half descends into a rather typical sub adventure with all the expected tropes. Characters die, tempers flare, suspicion boils over, bulkheads buckle, all while the surface looms out of reach.  That’s not necessarily a bad thing though.  When done well, the claustrophobic tension within a submarine can be a very palpable thing.

“Black Sea” is expertly shot.  Dark, gritty, and cramped the audience feels like they are trapped in the metal tube along with the characters.  The tone of the dialogue is also spot on, stressful scenes are tempered with injections of seaman humor.  If the film falters anywhere, it’s with occasional lapses in logic and the heavy handed working class propaganda. And while the final scene might seem completely ridiculous, a little research proves it’s actually within the realm of plausibility — if not exactly probable. (*See spoiler under the trailer below.)


*There Be Spoilers Here*

Submarine Escape Suits are not a thing of fiction. They are real, and some look exactly like they are portrayed in the film. They are rated to a depth of about 600 feet.  WWII era subs had a crush depth rating of about 660-900 feet.  So while the events during the final moments of the film aren’t likely, they aren’t completely implausible. 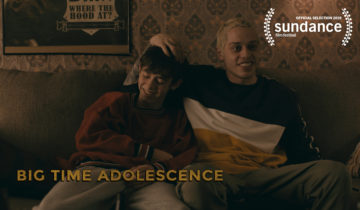