Home›Movies›REVIEW — “Birdman or (The Unexpected Virtue of Ignorance)”
Movies

REVIEW — “Birdman or (The Unexpected Virtue of Ignorance)”

With a year full of bad and disappointing films, “Birdman or (The Unexpected Virtue of Ignorance)” is a rare treat.  An unique film packed with incredible performances, it is sure to be an Oscar contender.

For the unaware, this is NOT a superhero movie.  “Birdman” is a fictional character played by Riggan Thomas, Michael Keaton’s character, back in the 90s. A number of parallels are drawn to Michael Keaton’s real life persona: A successful Comic Book franchise in the 90s, being recognized on the streets by everyone but the youngest generation, and watching young actors get much more respect (and money) for their comic roles now than he did back then.  But this is not autobiographical by any sense.  Unlike Keaton, Riggan is washed up, his life a wreck, and he’s dumping every last essence of who he is and what he has into a broadway play that he’s producing.  Unfortunately his self doubt is reinforced by the plagued production.  Trying to hold everything together is Jake (Zach Galifianakis) Riggan’s overstressed lawyer and perhaps only friend.  Riggan’s recovering druggie daughter Sam (Emma Stone) works as his assistant, but is more an agent of chaos than assistance.  Throw into the mix play costars and lovers Lesley (Naomi Watts) and Mike (Edward Norton) and we have the recipe for disaster laid out before us.

Some may read this and think another film about a Broadway play and actor’s problems would be a monumental bore.  This however is no ordinary film. Director Alejandro González Iñárritu masterfully weaves together the shots to make it seem like one unbroken take.  This has been tried as a gimmick in lesser films (such as Silent House) but here it works amazingly and gives us an intimate look into these character’s insane lives.  A fun game to play during the film is to try and guess where the cuts are at. (Some are much more obvious than others)  The brilliant script also sets “Birdman” apart from the rest.  It’s genius on many levels and funnier than most Hollywood produced comedies.  It delves into the insecurities many of us feel in our lives from time to time.  Fortunately, most of us are able to wrestle these demons in private, but for the famous, their lives are presented and harshly judged by the public at large.  Any cracks in a person’s self worth can quickly become massive canyons with the help of the internet and entertainment news.  There are also a few razor sharp observations on the nature of film audiences and critics as well, and the power this unholy menage-a-trio holds over one another.

Every performance in this movie is exceptional.  Michael Keaton is stunning, perhaps showing us the best work to date.  Emma Stone and Edward Norton are all equally impressive, each deserving of Academy consideration.  It should be noted that there is another unusual element that actually adds to this film’s allure.  In the very first scene we are given a glimpse into abilities that Riggan appears to possess, although we aren’t sure if they are “real” or manifestations of his insanity.  Regardless, they are quite entertaining, and end up being a power metaphor by the end of the film.

Put this one on your must-see list, track it down, and go see it.  You’ve subjected your brain to enough summer blockbusters for a year, treat yourself to something truly good! 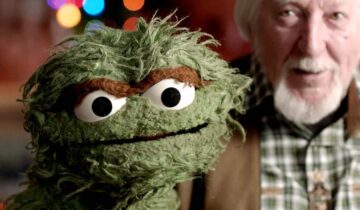 SUNDANCE REVIEW – “Street Gang: How We Got to Sesame Street”