Home›Movies›REVIEW — “Barbershop: The Next Cut”
Movies

REVIEW — “Barbershop: The Next Cut”

Due to the talented cast’s comedic chemistry and its ambition, Barbershop: The Next Cut works as a comedy. That being said, the flat melodrama and didactic dialogue prevent this film from reaching its full potential.

Barbershop: The Next Cut stars: Ice Cube (22 Jump Street), Cedric the Entertainer (Madagascar), Regina Hall (Think Like A Man, Law Abiding Citizen), Eve (Blade II), Anthony Anderson (Transformers), Jazsmine Lewis (Barbershop 2: Back in Business), J.B. Smoove (We Bought A Zoo), Common (Suicide Squad), and Nicki Minaj (The Other Woman).  This talented cast is not known for their dramatic acting skills, but their comedic timing and chemistry is remarkable. After all, this film is at its best when the characters make irreverent jokes about sex, presidential infidelity, racial prejudice, and gender stereotypes. Most of the hilarious moments are thanks to Cedric the Entertainer’s charisma and sharp delivery.

Considering that this film was billed as a comedy, it is surprising that Kenya Barris (Black-ish) and Tracy Oliver tackle social issues such as the Black Lives Matter movement, modern racial prejudice, and the consequences of gang-related violence. Also, the fact that the characters in this film elect to deal with all of these issues through working together for the greater good of their community is admirable. One of the subplots in Barbershop: The Next Cut revolves around Calvin’s son, Jalen (Michael Rainey Jr.), who is tempted to join a gang. The struggle that Calvin and his wife go through to reach their child and help him change his ways before he makes a life-altering mistake is a relatable plight.

While this comedy sequel works well during the first act, the remainder of the 112-minute runtime is hindered by flat melodrama. Director Malcolm D. Lee (The Best Man, The Best Man Holiday, Undercover Brother) never manages to shift the tone from comedic to dramatic in an effective manner. Nearly all of the actors in this film overact during crucial dramatic scenes, which makes it difficult to relate to the characters on an emotional level. For instance, Ice Cube raises his hands and flails them about in the same manner during each and every dramatic scene, which renders the aforementioned storyline where Calvin’s son considers joining a gang ineffective and dull.

Another storyline, in which Rashad (Common) is tempted to cheat on his wife, Terri (Eve) by Draya (Nikki Minaj) fails due to the fact that all three characters are stereotypes and Minaj’s “performance” is abysmal. Rashad is the noble married man who is tempted by a young woman, but resists her advances even though he needs more appreciation and affection from his wife. Eve is a successful workaholic and wife that neglects her husband’s emotional needs and becomes paranoid when she notices the bond between Draya and Rashad. Because Minaj essentially portrays herself, there is nothing unique about her character, a young woman trying to find her own way via seducing a married man. With all of this in mind, this storyline does little to advance this film’s themes.

There is yet another subplot in which Jerrod (Lamorne Morris), a young romantic man, woos Jennifer, an underappreciated young woman who has only dated “jerks” in the past. While Morris (New Girl) delivers several hilarious jokes throughout the film, whether or not his character fell in love with another character has nothing to do with this film’s plot and theme. Every instance of melodrama is too drawn out, which causes the pacing of this film to suffer.

*The following is not an attack of the ideas/views about modern racial inequality. Rather, this is a criticism of the manner in which Barris and Oliver fail to balance the plot and theme.

The best films about controversial issues present the audience with the opportunity to think for themselves via the storyline and characters. For example, The Green Mile deals with capital punishment, through presenting an innocent, noble man who is sentenced to death. Similarly, Disney’s Zootopia deals with how racial prejudice affects both minority and majority groups through how the main character, Judy Hopps, struggles to succeed as a police officer and assumes that only predators can become savage.

In comparison, the discussions regarding racial inequality in Barbershop: The Next Cut rely too heavily on dialogue. If the screenplay had shown these issues at work in the development of the plot and characters, then it would have been more engaging. Instead, audiences are subjected to characters ranting about these relevant social issues for extended periods of time. To make matters worse, Malcolm D. Lee’s direction of the actors during these scenes is horrendous in that none of the cast seems to be delivering their dialogue naturally, which makes the dialogue feel forced and didactic.

In spite of the talented cast’s comedic chemistry and its ambition, Barbershop: The Next Cut fails to work due to flat melodrama and didactic dialogue.

Are you looking forward to seeing Barbershop: The Next Cut? What do you think of this review?

In spite of its talented cast's comedic chemistry and ambition, Barbershop: The Next Cut fails to work due to flat melodrama and didactic dialogue.
2/5

It boasts a talented cast with strong comedic chemistry. This film is far more ambitious than most comedy sequels. 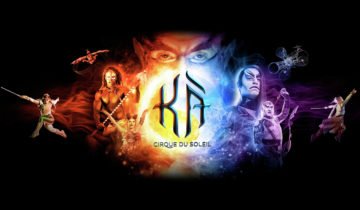