The Conjuring franchise is pulling off an impressive feat by being the first horror franchise to actually attempt to spawn a cinematic universe. Other films have had countless sequels, reboots, and even a few spinoffs – but this is truly the first to feature genuine continuity and overlapping themes and stories within their series of films. Annabelle: Creation continues that trend, becoming the fourth film of the franchise since 2013, but is really a prequel to everything we’ve seen before. The film takes place in the 50’s, many years prior to the first film, showing how the Annabelle doll came to be possessed and first haunted an orphanage for girls.

One of the most distinct differences between this and the 2014’s Annabelle is actual focus and vision. Creation takes actual time to develop its character before it goes all out with the jump scares and creep imagery. Even when they pull all of their tricks out of the bag, the film still continues to develop the characters and tell an actual story until the very end. The entire cast here is delightfully hamming it up with the time period and the haunted house aesthetic the film is riding, but the stand-out here is easily Talitha Bateman as Janice. She shows an incredible amount of promise for such a young actress, completely chewing the scenery and stealing the show in every frame she’s in.

Arguably the thing that makes this work the most is David F. Sandberg, who’s behind the camera as the director. Sandberg also directed 2016’s Lights Out for Warner Brothers, so it’s no surprise that they wanted to get him into their prime horror franchise. Luckily, he doesn’t fall into a sophomore slump here but instead gracefully broadens his horizons. Lights Out was understandably lean and mean at an 80-ish minutes running-time. Annabelle: Creation is closer to the two-hour mark and takes it time to build-up and develop its scares. The use of framing, sound design, and even use of creepy imagery is used pretty brilliantly here and makes the experience all the more effective.

My only distinct issue here is a pretty significant one; but it’s not even an Annabelle: Creation issue as much as it is an issue for the state of the horror genre today. There are several creative scares in the film and the Sandberg knows how to build up and tense up his audience unlike most horror directors these days. With that being said, there are also several moments that can’t help but feel awfully familiar to films that have came before – good and bad. There are many scenes where they build you up to suspect a big jump scare, but try to subvert the audiences expectations by either not following through or making a joke of it instead. Hell, even a small handful of the legitimate scares are a bit predictable. This is an unfortunate dent in what is otherwise a fairly solid, engaging, and overall fun time at theater. It’s not necessarily innovative in terms of it’s horrific content, but David F. Sandberg continues to prove that he’s a talent to look out for in this genre. 3.5/5. 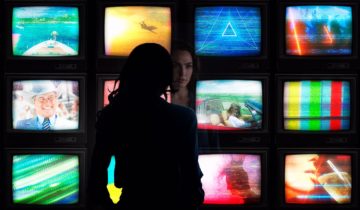