21 Bridges is directed by Brian Kirk, written by Adam Mervis and Matthew Michael Carnahan, and stars as Chadwick Boseman, Stephan James, Taylor Kitsch, Sienna Miller, Keith David, and J. K. Simmons. It tells the story of Andre Davis, NYPD detective who shuts down the eponymous 21 bridges of Manhattan to find two suspected cop killers. 21 Bridges is at times an engaging cat and mouse action thriller but spends most of its time being a predictable and by the book’s story of corruption in the big apple. I would say it’s a disappointment, but who was really excited about this?

Brian Kirk is directing here and he does a fine job. There are many energetic and visceral action sequences littered throughout the narrative and he makes a point to showcase the brunt of the violence in the film. The hits really hurt and the guns really kill here. That being said, he doesn’t do anything really interesting with the material he’s given. There’s nothing too impressive or shocking to be seen here. It’s like a tamer version of End of Watch, but more predictable. The script by Mervis and Carnahan really has nothing interesting to say and a puzzling amount is left unresolved. The film kinda just ends before any of the thematic elements or character arcs are concluded. It ends immediately when the narrative does. The set up is pretty solid and there are some genuinely interesting ideas presented in the film, it just doesn’t seem like the film is interested in them. It’s that odd mediocre movie that shows seeds of potential throughout. Those seeds just never sprout. 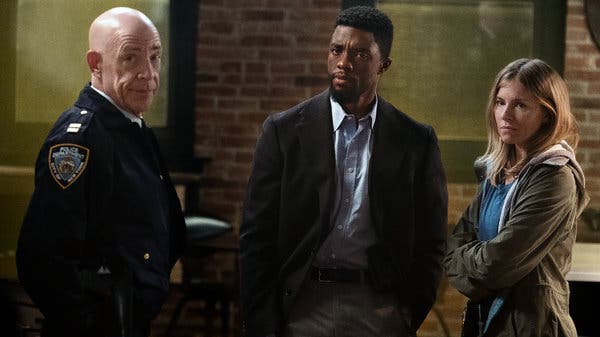 Chadwick Boseman is still able to deliver a solid and compelling performance. He’s one of our best working actors and while I’m sure he’ll be our Black Panther for years to come (as he should be), I hope he’s still able to work in smaller, character-driven films alongside the blockbuster fair. (See Scarlett Johanson and not Robert Downey Jr.), Sienna Miller does a fine job, although her character is incredible… predictable. J.K. Simmons inadvertently spoils the film just by being there and gave the impression he did one day of filming. Stephan James is also able to deliver a compelling and emotional performance. I hope to see more from him, he’s a genuine talent. 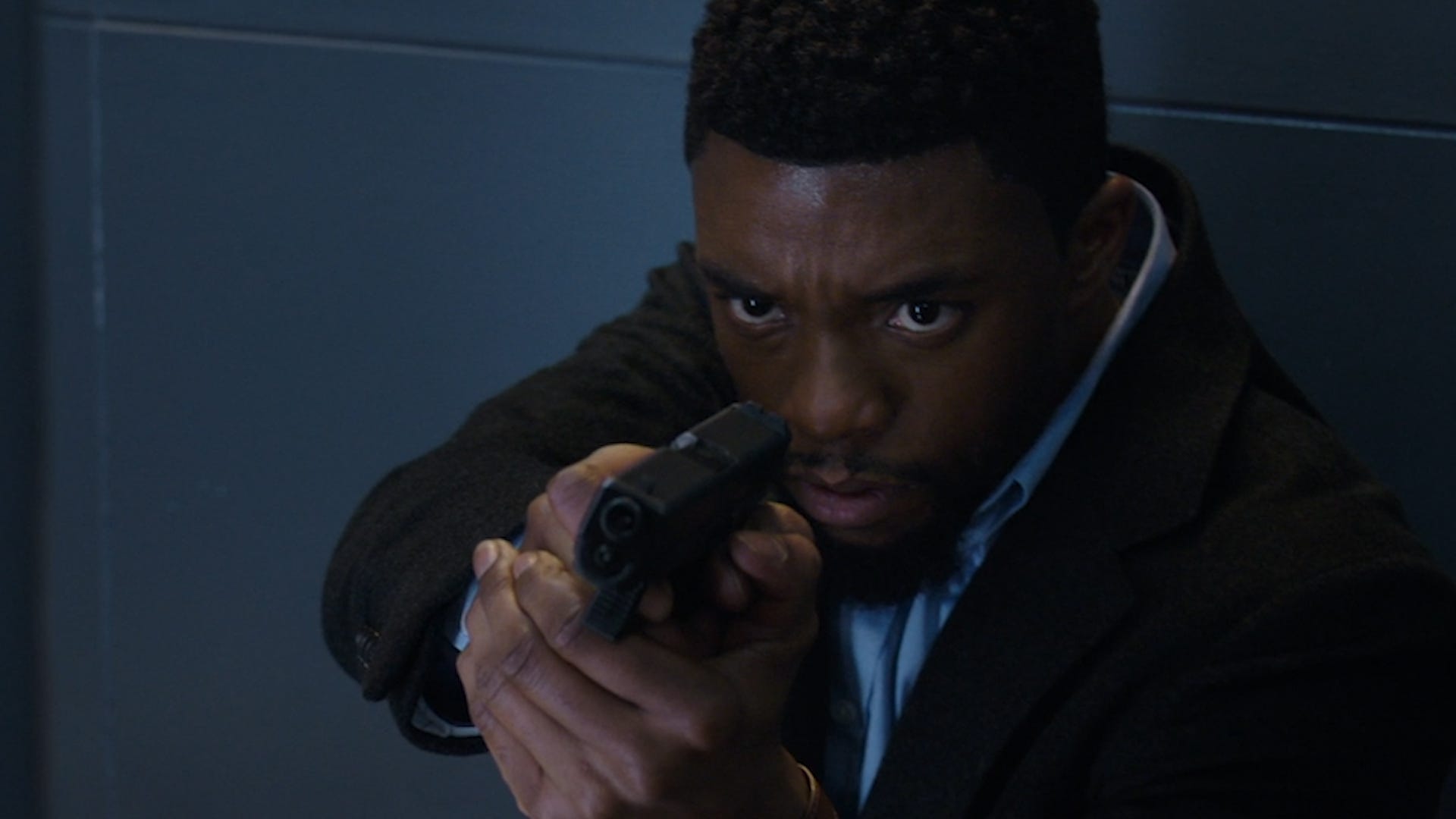 On a technical level, 21 Bridges is pretty standard. The action is pretty high stakes and intense, but rarely does anything interesting visually. It’s high energy and the camera is regularly moving. The score is actually great, although it doesn’t fit the film at all. It’s a big, blaring, almost Hitchcock like score and I loved it, it just didn’t match the tone or style of the film at all. In short, 21 Bridges is a fine movie, but I’m already forgetting it. 2.5/5