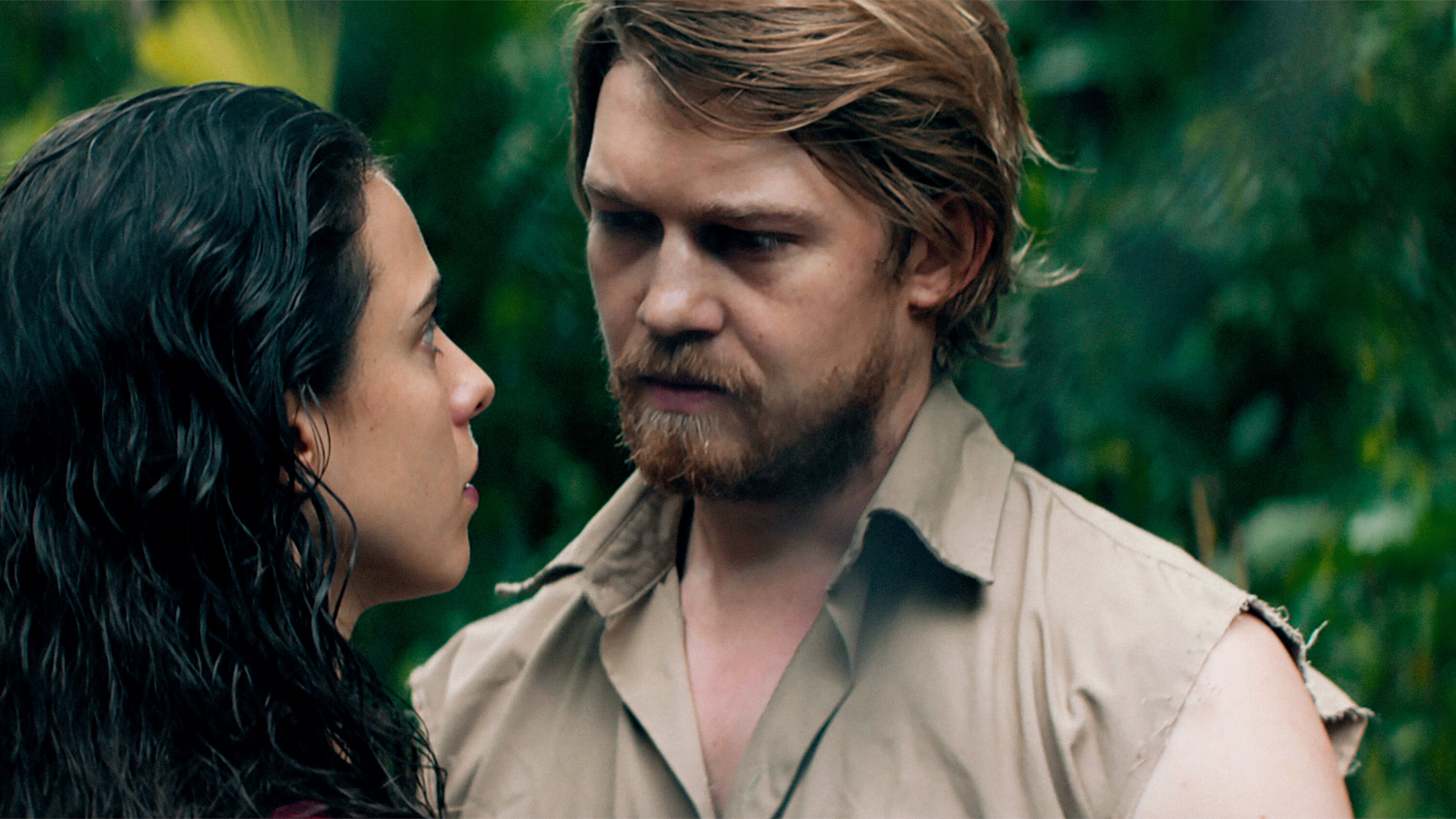 Stars at Noon is written and directed by Claire Denis, co-written by Léa Mysius and Andrew Litvack and stars Margaret Qualley, Joe Alwyn, Benny Safdie, Danny Ramirez, and John C. Reilly. Telling the story of a young American journalist stranded in present-day Nicaragua who falls for an enigmatic Englishman who seems like her best chance of escape. She soon realizes, though, that he may be in even greater danger than she is. I’ll just come right out and say it. While I have not seen her most acclaimed films, Claire Denis has never been a director I’ve vibed with and this was no exception. Stars at Noon is a poorly paced and emotionally flat film with a repetitive story and seemingly no point. This was not for me.

Claire Denis is a legend in the filmmaking community and it breaks my heart I’ve not been able to connect with any of her films. While this is confidently helmed and presented, I found the entire film to be largely repetative. Narratively, the same scene is repeated over and over again untill it arbitraily comes to an end. Thematically, I was very confused as to what the point of it was and the changes made from the book only confused me. She’s got a great deal of talent, but I can’t get into any of her films.

Margaret Qualley and Joe Alwyn are both very good here. While they do lack a real strong romantic chemistry, they hold the film down and at a certain point where the only things keeping me engaged. Benny Safdie and John C. Reilly make small appearences that I got a kick out of. The cast is very talented (and I love them all) and everyone does a fine job, they’re really just nothing to invest in.

Performances aside, Stars at Noon really failed to grab me. So much so, I am forgetting it as I finish writing this. 2/5

REVIEW — “Into the Storm”