Home›Movies›REVIEW — “Me and Earl and the Dying Girl”
Movies

“Me and Earl and the Dying Girl” is adapted from the 2013 novel written by Jessie Andrews. It’s exceptionally hilarious and earnest, easily making it one of my favorite movies this year.

The story follows Greg (Thomas Mann), a lanky teenager determined to make though his senior high school without incurring any trauma or enemies. Greg slips through the halls of his high school floating from one clique to another having brief agreeable interactions with everyone yet never truly connecting with anyone. He spends most of his time with Earl (R.J. Cyler). Greg and Earl share a passion for foreign films and spend a majority of their time together creating short film parodies. However, Greg is determined to keep everyone at arm’s length. Despite the amount of time and interests they share, Greg strictly refers to Earl as his “Co-worker”.

Greg’s life philosophy is challenged when parents (Nick Offerman and Connie Britton) inform him that Rachel (Olivia Cooke), one of his classmates, has been diagnosed with Leukemia. Greg’s mother explains that Rachel could really use a friend right now and urges him to spend time with her.  Despite Greg’s insistence that they are only slight acquaintances, his mother nags him into submission.  Greg and Rachel’s forced hang-out quickly becomes a true friendship and Greg is left to figure whether he really has it in him to care about someone that he could lose.

This teenage drama is pretty quirky. There’s even occasional stop motion animation in addition to the wonderful camera movement that adds to its charm. The director, Alfonzo Gomez-Rejon is clearly influenced by Wes Anderson but it never feels imitated or parodied. Instead he ends up creating a peculiar perspective that is fresh and unique.

Thomas Mann, R.J. Cyler and Olivia Cooke are a delight to watch. Especially R.J. He doesn’t say much, but when he does it absolute gold.  Maybe it’s the film lover in me, but I wanted to be friends with them so badly! And honestly, by the end of the movie I felt like I was. Each character is so colorful and honest, loving them is inevitable.

What commonly happens in movies of similar cancerous circumstances is that the terminally ill person finally learns what it means to really live. And “really live” usually translates to “fall madly in love”.  But this film never really goes down that road. Instead the film continues to thrive in the friendships formed and the unique growth of each individual.

This is one of the best movies I’ve seen all year. I cannot stress enough how wonderful it is. “Me and Earl and the Dying Girl” is a perfect story of unlikely friendships. Even if you shy away from wackier films like this, I would urge you to give this one a try. It’s so witty and warm that it’s nearly impossible not to love. 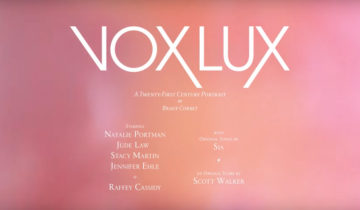