Home›Movies›REVIEW — “Won’t You Be My Neighbor?”
Movies

Won’t You Be My Neighbor? does what any great documentary should do – it educates you on what you don’t know and deepens your knowledge and appreciation for what you do. Like most people my age, I watched reruns of Mister Rogers’ Neighborhood on PBS at home and at school. He was never the pillar of my childhood, but ultimately the pinnacle of goodness and kindness in children’s entertainment that exceeded the boundaries of generations and cultures to speak to everyone at any given time. And like most people, I was unaware of the life story of Fred Rogers, both as his own person and his behind-the-scenes stories on the production of Mister Rogers’ Neighborhood. I fondly remember the show speaking to me about kindness and love, but I was never aware of the deep themes it tackled and how topical Rogers’ dared to be in the trickiest and toughest of times.

The film opens at the very start of Rogers’ career in television, with his first week on the air in February of 1968. Instead of simply dipping his feet in the water of what he could and could not pull off on a shoestring budget and limited cast/crew, his first episode was fully about a “king” trying to keep protesters outside of his self-proclaimed kingdom of greatness; an obvious nod to border control and tyranny. This may seem on the nose, but keep in mind.. this was primarily sold as a puppet show for children in the 60s. If you know your history, you know these weren’t exactly the most tolerant times. Instantly, the show went from something unremarkable and into something that the culture and entertainment had never seen before. And as the film states during this section, “this was only his first week on the air!”

The film does an excellent job at navigating through not only the most significant events of Rogers’ life and show, but using his show as a narrative platform to navigate through years of American culture and how he found unique ways to respond to it on a weekly basis. From the assassination of JFK to racism and segregation – he was not afraid to unpack heavy concepts down to the youth in a way that didn’t necessarily sugarcoat it, but made it accessible for them to understand. My personal favorite story within the film is the relationship between Rogers’ and François Clemmons. Rogers’ first brought Clemmons on as a response to racism by casting him as a black police officer on his show. You get to see how their relationship blossomed into a rich friendship and unexpected family dynamic. It’s one of the many rich stories that this film has in store.

There isn’t a shocking revelation about Rogers’ to be found in this doc, but I did admire how it didn’t simply gloss over the bumpier parts of his career. Whether it be him not openly supporting LGBTQ rights in order to keep his show on the air (yet later correcting that by singing about how love is love with Clemmons) or how he lost steam after a failed revival for grown-ups. The film even digs into how much 9/11 crushed his soul, and how difficult it was for him to create content after something so vile happened. For a documentary that is barely over 90 minutes, it does an excellent job at capturing his entire career – his vast accomplishments, his mistakes along the way, and the beauty of the man who was Fred Rogers. It is simply delightful to be able to watch 90 minutes of love, inclusivity, and tolerance being viewed as just the right thing to do again. It doesn’t aim for a heartbreaking ending, but you may get teary eyed if you think about how the world might need Fred Rogers more than ever. 4.5/5. 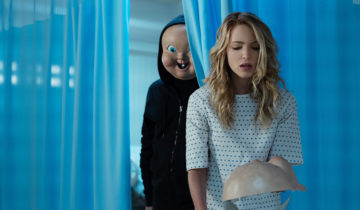