In what I’m surprised isn’t The Rock’s third action film of the year, The Meg follows a group of scientists led by rescue diver Jonas Taylor (Jason Statham) as they attempt to stop a blood thirsty, 75-foot-long, pre-historic shark known as The Megalodon. By that description alone, it should be painfully obvious that this is designed to be nothing more than a late-summer treat for those who enjoy big-budget b-movies led by charismatic action stars. And if that’s what you’re expecting – then great! It’s exactly what you’re going to get. The Meg is gloriously cheesy and totally absurd in all of the best ways, and I fully enjoyed my time in the theater with it.

What obviously separates this from other killer shark movies is the fact that this shark is 75-feet-long. There’s always tension to be spared when a blood-thirst shark is eating your buddies and potentially becoming a threat to a highly populated beach – but The Meg takes advantage of the idea that these scientists and rescue divers have no idea how to deal with a creature that has presumably went extinct. Do any of the plans they come up with make any logical sense? Of course not. Especially not in a movie where their science base is literally in the middle of the Ocean. But it sure is fun to see Jason Statham try and shoot a tracker onto a massive shark anyways.

The entire cast here serves up a pretty good ensemble for the film to work with – Rainn Wilson and Li Bingbing being two of the best. But my main take away here is that this is the most naturally I’ve seen Jason Statham fit into the leading-man role in a while. Not only is the character a believable bad-ass, but he has a genuine charm behind him and a tragic backstory that makes him feel vulnerable in the films most dangerous situations. One of the best aspects of the film is the bond between Jonas and 10-year old Meiying (Shuya Sophia Cai) – because is it really a quality action movie if the grumpy hero doesn’t have a soft spot for a kid?

The Meg can feel a bit held-back by its PG-13 rating at times as there’s really no excessive gore or blood even when the Meg is chomping down on people at a crowded beach. But director Jon Turteltaub still manages to direct each action set piece with enough excitement and adrenaline that you forget about all of that while you’re watching it. This is absolutely a 90’s summer movie released in 2018 by design, and it absolutely works in that regard. You could critique dumb character motivations, cringe worthy dialogue, and bad acting all day long if you choose to – but you’d be wasting your breath, because I’m nearly positive that The Meg deliberately goes for full schlock from start to finish. 3/5.

REVIEW — Will "The Darkest Minds" Bring Back the YA Dystopian Sci-Fi Flicks? 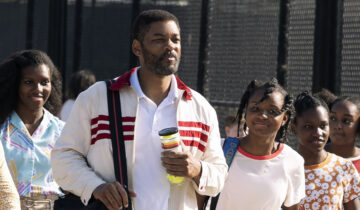