Action-packed and full of suspense, the J.J. Abrams-produced Overlord stands on its own as a harrowing World War II action film, but is elevated by it’s sci-fi/horror twist. It’s essentially an effective war movie, zombie, Nazi, gore-fest with a great cast of promising up and coming actors that many will recognize from some of their favorite TV shows.

Set in France the day before D-Day, the film sets the horrific tone and sucks you in from the literal jump with an explosive and gruesome aerial deployment scene. The horrors of war intensify from there as the surviving paratroopers venture through the French countryside to fulfill their mission of destroying a Nazi radio tower atop a church and its shocking experiments below.

Adepo (The Leftovers) is compelling as a sympathetic soldier conflicted with his orders. And Russell finally trims the beard and channels his dad Kurt’s famous Snake Plissken swagger as a grizzled Lieutenant with a chip on his shoulder and possible death wish.

Synopsis:
With only hours until D-Day, a team of American paratroopers drop into Nazi-occupied France to carry out a mission that’s crucial to the invasion’s success. Tasked with destroying a radio transmitter atop a fortified church, the desperate soldiers join forces with a young French villager to penetrate the walls and take down the tower. But, in a mysterious Nazi lab beneath the church, the outnumbered G.I.s come face-to-face with enemies unlike any the world has ever seen.

Rated R, Overlord opens in theatres and IMAX on November 9, 2018.

4/5 stars for the film and it’s poster 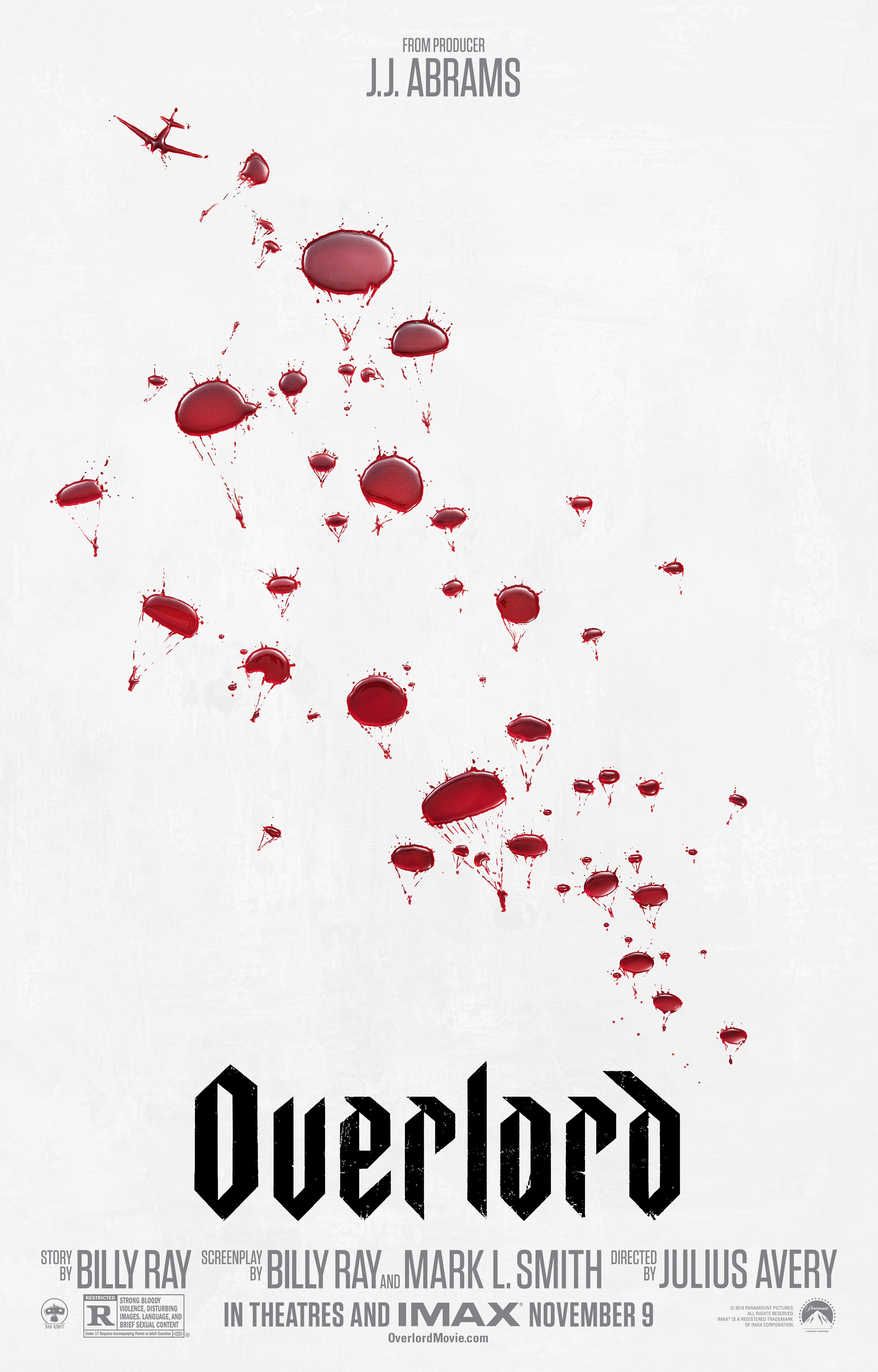 GIVEAWAY — “The Woman In Black 2: Angel of Death” Prize Pack