Home›Movies›REVIEW — “Into the Storm”
Movies

REVIEW — “Into the Storm”

“Into the Storm” is the more ridiculous second cousin of “Twister,” and suffers from a lot of the same flaws. Not only does it lack compelling characters, and a decent cast, but it suffers from relying on coincidences, shaky camera, and pseudo-science to try to woo people into a false sense of excitement.

The best place to start is with the cast that suffers from misdirection. Richard Armitage (“The Hobbit” films) and Sarah Wayne Callies (“The Walking Dead”) handle their roles alright, but it’s everyone else around them that fails. The youths in this film leave much to be desired, and are similar in how convincing they are to that of a SyFy special (in which one scene in this movie directly rips of a SyFy original). This can also be contributed to a lack of direction as they deliver their lines alright, but just seem to not know what feeling/emotion to convey (or what to do in a scene). Matt Walsh (“The Hangover”) as Pete did pretty well with his clichéd “I’m a dick” character with a chance at redemption. Add to this some ridiculous redneck characters (with awesome names like Donk and Reevis), and you have a destruction film trying to force comedic elements, and it just seems out of place.

While there is lots of action to be had for fans of this genre it doesn’t necessarily offer anything original. Anything you see in this you’ve already seen in “Twister,” “Day After Tomorrow” and a SyFy special or two. What it lacks in originality it more than makes up for in absurdity by tossing out some scientific terms to justify something science proves impossible already. There are some cool things though, like the vehicle they drive, that will keep you interested to see how it fares.

As a whole, “Into the Storm” offers little that you haven’t already seen. With weak characters, poor writing, bad casting, but some decent, albeit unoriginal, action scenes this becomes another flick for the mass destruction junkies. Some people might ask themselves, “Why is there a fully functional airport in this tiny town?” and others might say, “OH WOW! TORNADO SMASH!” If you would ask the former then this is not for you, but if you tend to favor that latter then you’ll enjoy this Man vs. Nature story about a family’s survival. “Twister” is still superior to this as it had fun charismatic characters, and despite its ridiculous moments was at least possible.  2.5/5

REVIEW — "Into The Storm" 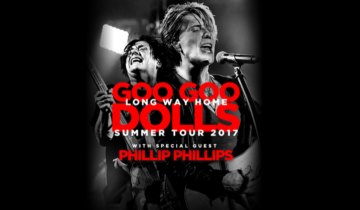