Italians rise up. This is our Joker.

House of Gucci is directed by Ridley Scott, written by Becky Johnston and Roberto Bentivegna, and stars Lady Gaga, Adam Driver, Jared Leto, Jeremy Irons, Salma Hayek, and Al Pacino. It tells the true story of Patrizia Reggiani, the wife of Maurizio Gucci, as their romance transforms into a fight for control of the fashion brand Gucci. An epic in the true sense of the word, House of Gucci is an incredibly effective and engaging drama about the larger than life Gucci family and their fall from grace. With knock out performances from it’s ensemble and confident direction from Ridley Scott, House of Gucci is a Shakespearian tragedy dripping with luxury and greed. It’s can be very rough around the edges, but ripe with strong characters and theme.

Ridley Scott is a true veteran of his craft. He holds one of the longest and most active careers in Hollywood and it’s clear in House of Gucci he knows exactly what he’s doing. Featuring his typically clinical style, this film wastes no time. While it holds a nearly 3 hour run time, there is no fat to be seen. Ridley gives us exactly everything we need and makes sure to effectively build these characters. He is able to balance the large ensemble and sprawling plot very well and even injects a fair bit of humor into the film. The editing is a bit iffy at points (which is to be expected from Ridley at this point) and the film definitely feels its length. It’s that weird paradox where I don’t know what’d I would cut from the film, but it doesn’t necessarily fly by.  Pacing issues aside, Ridley Scott delivers another well done drama. While it’s not the height of his career, it’s very far from his worst. 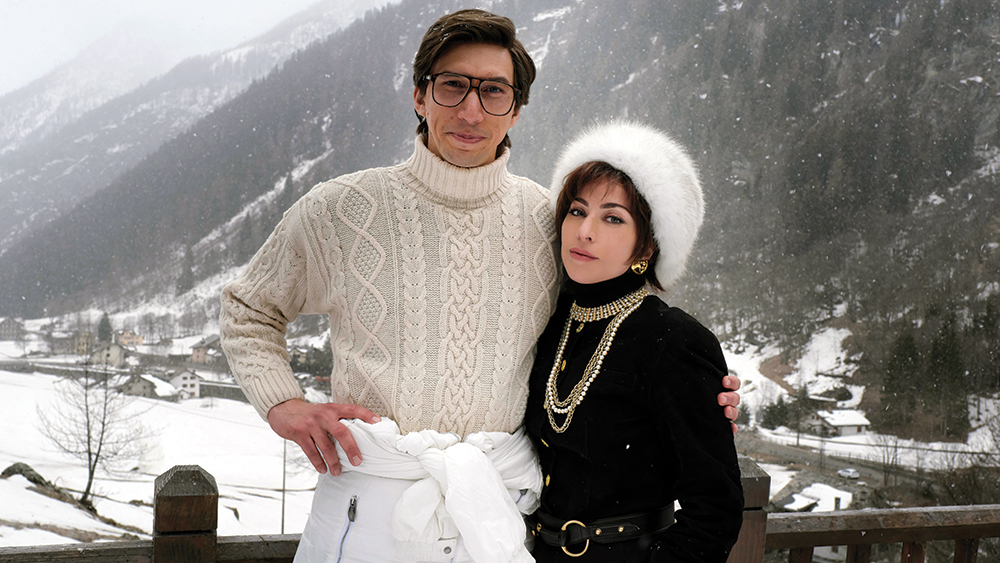 With one of the more impressive ensembles in recent memory, the performances in House of Gucci really shine. Lady Gaga absolutely destroys this performance and while I don’t think it necessarily tops her work in A Star is Born, she deserves all the praise she’s getting. She’s proving to be an formidable actress, and I hope she continues to play challenging and thoughtful characters. Adam Driver is expectedly excellent once again like he always is all the time. He might be our best working actor and once again delivers a nuanced three dimension performance with heart, humor, gravitas, and class. He’s the real deal boys and girls. I love this man. Al Pacino and Jeremy Irons give two very effective and well done performances, but what else would you expect from these two masters. Jared Leto gives the most unhinged performance of the film, and while it’s not clear what exactly he’s going for, he adds a great amount of humor and levity to the film.

House of Gucci is almost predictably good. Ridley Scott has assembled a team of pros, and they all do exactly what they need to do. House of Gucci knows exactly what it’s going for and how to get there. It’s the product of a group of very talented induvial coming together to deliver a classic time at the movies. 4/5

REVIEW — “Night at the Museum: Secret of the Tomb”