Having defended 2014’s Godzilla from backlash over the last few years and seemingly being one of the few people who love Kong: Skull Island, I was fully prepared to do the same for Godzilla: King of the Monsters. Just to avoid beating around the bush, I’ll come out and say that I borderline hated this film. And that is soul crushing to me, considering how much I love monster flicks and genuinely wanted to adore this film. I don’t need deep human subplots with fleshed out characters or anything intricate in terms of plot – I genuinely just want exciting monster action and maybe even a sense of adventure.

My biggest issue with this film is that I didn’t really feel any of those things. This is one of the first times that I didn’t feel a sense of adventure or wonder while watching a Godzilla film. It genuinely just feels corporately manufactured to hit specific beats at specific moments to, hopefully, distract you from how shitty everything else going on around it actually is. And maybe I’m the naive one, because it literally is corporately manufactured – but at least the other films tried to not feel that way. King of the Monsters is void of any distinct personality that makes it its own film that anyone will watch years down the road.

As I said above, I don’t need compelling characters in my Godzilla movie. Preferably, less characters the better! How anyone can look past this is beyond me, especially considering the title of the damn’ film – but the human characters arguably take up 70% of screen time in this 120+ minute film. I’d say there is maybe 10 minutes of Godzilla action in the entire film, and around 15-20 with the other monsters. The rest of the time? You are treated to soulless, cardboard characters with the most depressingly generic backstories you can imagine. I don’t NEED these aspects to be compelling, but if they are going to take up more than half of your screen time in a 120+ minute film, you can be sure I’ll call it out when it’s shitty.

The only real compliment I can give this film is that the visuals are, as always, quite outstanding. The way the film designs not only Godzilla but classic characters like King Ghidorah or Mothra, is pretty awesome. And on top of that, Director Michael Dougherty genuinely has a solid eye for color palettes and a distinct visual style. These aspects help this film avoid being completely without merit. But unfortunately, they were far from enough to save it. Not even the action sequences, save for one solid Godzilla brawl at the tail end of the film, could save it for me. 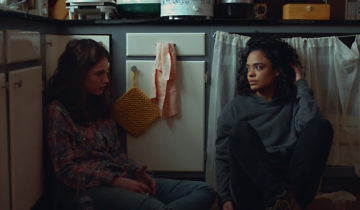