REVIEW — “Avengers: The Age of Ultron”

An epic comic spectacle that is both surprisingly funny and poetic.

Joss Whedon has accomplished the impossible.  After creating 2012’s universally adored “The Avengers”, (an amazing feat in itself) he has followed up with an even bigger spectacle, with a larger ensemble cast, and somehow, even more more heart and character development.  When you scroll down the huge character/cast listing this film, which does clock in at 2 ½ hours, seems to be a mathematical impossibility.  How is it possible to cram so many characters, into such a huge action film, and still have time for character development?  How can the character development be moving, even when transposed with some of the more silly comic elements in the movie?  How can good people, these heroes, be so completely flawed?

Perhaps that’s where the secret lies.  The most interesting characters, be they heroes or villains, are the ones who are flawed, especially when their road to hell is paved with good intentions.  These are the characters we can most identify with, and “Age of Ultron” is chock full of them.   There are parts of every single character that we can identify with, and it draws us, as an audience in.

Make no mistake, this is no independant studio emotional drama.  In fact this is the most “comic-bookish” Marvel film to date. (or at least a close second to “Guardians of the Galaxy”)  Now that the MCU has made such a massive amount of money for Marvel/Disney, it seems they can start playing a bit more towards their core audience.  Besides being chock full of references only Marvel fans will appreciate, it also takes one more step from the relative grounded reality of the first “Iron Man.”  This may alienate a certain percentage of audience members who enjoyed the first Avengers, but for everyone else it’s a treat.

Tied very closely to the events of “The Avengers” and “Captain America: The Winter Soldier” the plot picks up with what’s left of SHIELD trying to recoup the last of the artifacts/weapons that appeared on Earth during the Ikari invasion of New York.  The film opens up with a rather impressive (although very CGI) long take of their attack on the last Hydra stronghold.  Without going into too much detail, Tony Stark (Robert Downey Jr.) is presented with his greatest fears.  Outliving the rest of the team, who die because of his own shortcomings.  It’s the first of a recurring theme to the film, a self fulfilling prophecy each and every character experiences, creating their own worst nightmare.  What’s even more compelling is that each of these characters create their “nightmare” while struggling to do what they perceive to be the right thing.  Even Ultron (James Spader) believes he is doing the “right thing” in his own brand of twisted logic.

Ultron, oh Ultron… What an amazing character.  While you may believe him to be an android or robot, he is not.  Spader and Whedon have crafted a true character here.  Far too powerful and knowledgeable for his adolescent emotions, Ultron is frightening and highly entertaining.  We only laugh at his oddities because we know we are safely outside his reach.

Another welcomed surprise is the development of Hawkeye (Jeremy Renner).  In “Thor” and “The Avengers ” this Oscar nominated actor was reduced to a rather pointless sideshow.  Here we finally learn why this man with a bow is included as part of this elite team, and see how the man without any powers might be the glue that binds them all.  Whedon also apologizes for reducing him to a mindless drone in the last film by giving him some of the best lines in this one.

Further elevating “Age of Ultron” above others is how poetic Whedon has made this movie. Both visually and thematically we are treated to some very poetic moments. Unfortunately, they can’t be described without spoilers, but suffice to say this is not your typical low-bro comic flick.

With utmost scrutiny only two flaws can be picked out of this movie.  #1: The twins Russian accents aren’t that great.  #2 The highly intelligent Bruce Banner would not use Dre Beats Headphones.  He wouldn’t settle for them, and if nothing else Stark would buy him nicer ones.  In a 2 ½ hour, super hero sequel, these are minor squabbles to be sure.  Some may not enjoy the very things that others love about “Age of Ultron.”  Others will ask, “Is it better than Winter Soldier, Guardians, and the first Avengers?”  The answer is both yes and no.  Marvel has had the foresight to make each of these films very different, comparing them thematically, and tonally to each other is akin to comparing apples and oranges.  The bottom line is this is an epic, action packed, extremely fun, and masterfully written film.  Even if you don’t love it 100%, it would be regrettable to miss it on the big screen. 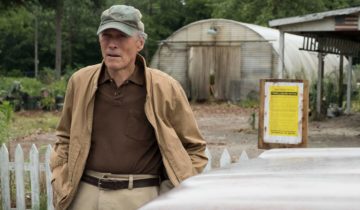